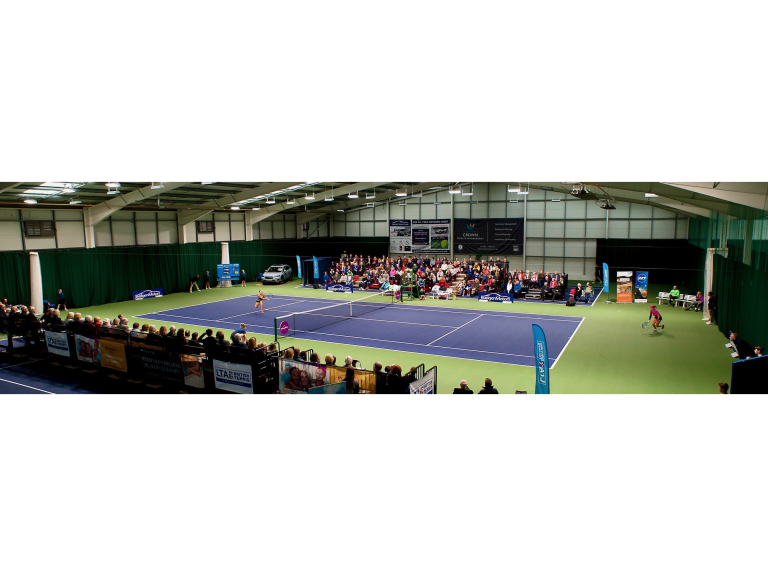 Robson, ranked as high as 27 in the world earlier in her career, has received a wild card to feature in the qualifying rounds of the $60,000 event at The Shrewsbury Club on Monday.

A mixed doubles silver medalist with Andy Murray at the 2012 London Olympics, Robson, 25, underwent hip surgery last July and Shrewsbury will be her first event for nine months.

Dave Courteen, managing director at The Shrewsbury Club, said: “We are delighted that Laura Robson is set to play in Shrewsbury and it will be great to see her back in action.

“Laura played here at The Shrewsbury Club much earlier in her career and has since gone on to become an extremely popular figure with British tennis fans.

“Davis Cup winner James Ward made his comeback from injury in Shrewsbury last year and we hope this will be the start of Laura’s climb back up the rankings.”

Maia Lumsden, winner of the $25,000 tournament at The Shrewsbury Club in November, has been given a wild card to compete in the main draw, which starts next Tuesday, together with fellow Brits Naomi Broady - ranked 76 in the world in 2016 - and the promising Francesca Jones.

Victoria Allen, Jodie Burrage and Freya Christie, who was runner-up in a Pro-Series tournament at The Shrewsbury Club in 2015, join Robson in receiving a wild card for qualifying.

German ace Sabine Lisicki, beaten in the 2013 singles final at Wimbledon, and Belgian star Yanina Wickmayer, a former US Open semi-finalist once ranked as high as 12 in the world, have also entered the prestigious International Tennis Federation tournament, which will feature evening matches alongside a busy daytime schedule.

Entry is free for spectators on the first three days of the tournament, with tickets available to be purchased from the quarter-finals onwards, next Thursday, to enjoy the action from stadium seating.

A number of hospitality events will also take place in a heated marquee, including a family-orientated evening on Monday, from 6-9pm which will feature live music, food, a chance to meet the players for autographs and photos, interactive tennis games and activities, with the tournament’s main draw also to be conducted.

To purchase tickets and for more details of the hospitality events, visit www.theshrewsburyclub.co.uk or www.shropshirefestivals.co.uk and click on the world tour tennis button.