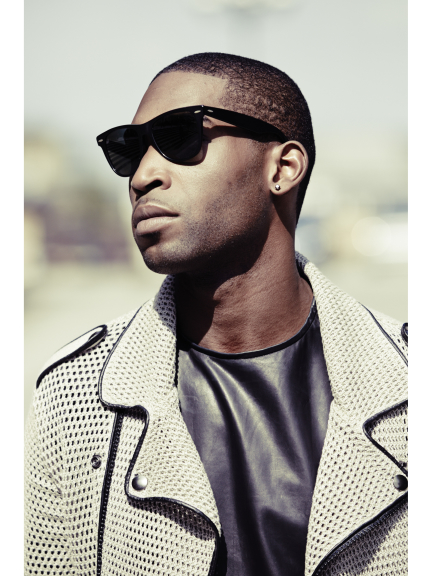 The festival, now in its fourth year, attracted around 8,000 people to its home at the West Mid/Shropshire Showground last year and with Earlybird tickets already on sale for this year’s event on September 12-14, organisers expect the festival to sell-out.

Tinie Tempah’s first album, Disc-Overy, debuted at number one in the UK in October 2010 and was preceded by two British number-one singles – ‘Pass Out’, which he performed at Glastonbury on the Pyramid stage with Snoop Dogg and ‘Frisky’. Tempah also supported Rihanna on her UK tour that same year.

His third single ‘Written in the Stars’ again charted at number 1 in the UK Singles Chart selling over 115,000 copies in its first week.

He’s collaborated with numorous musical royalty from Calvin Harris, Swedish House Mafia to Rita Ora and Ellie Goulding and to date he has played at iconic shows across the world including the o2 london, Wembley Stadium, Wireless, V-Festival, Radio One’s Hackney Weekend and also performed at the closing ceremony of

the 2012 Summer Olympics in London. His appearance included a performance of "Written in the Stars" alongside Jessie J and Taio Cruz.

His latest collaboration ‘Tsunami’, with Dvbbs and Borgeous topped the UK singles chart just last month to take his total to 4 UK no.1 hits.

Festival Director Dene Edwards, said: “It’s a real coup for the county to secure Tinie Tempah - currently one of the hottest properties in the musical world. He appeals to such a broad cross-spectrum of people and has grown from his ‘underground’ genre to the mainstream, acquiring multiple-global accolades and achieved international stardom in the process. He can count Adele, Pharrell Williams, Brad Pitt and Angelina Jolie amongst those he mingles with whilst still keeping his musical credibility.”

The main stage will be opening for the first time ever on a Friday when Tinie Tempah will headline, and give the night an electronica feel. The rest of the festival over the weekend will follow the same format and opening times as last year but the event will be bigger than ever, offering a strong range of Indie bands, dance acts and top comedians, as well as a few surprises organisers are planning to throw into the mix.

Dene added: “We expect the demand to be very high and to sell out. Our Earlybird tickets have been selling around 35% more and faster than last year and that’s without even announcing any acts. With the announcement of Tinie Tempah, who is probably the biggest act Shrewsbury Town centre has witnessed to date, I’m sure demand is going to go through the roof!”

Also announced, is John Power, former lead singer of Britpop band CAST and bassist/vocalist with The La's who will be performing a CAST acoustic set on the Saturday main stage, featuring hits from his platinum selling albums and up-and-coming indie band Superfood who are making a big noise within the music

scene and originate from Birmingham.

More announcements are expected over the coming weeks with various Indie bands, dance acts and comedy headliners still to be announced.

A range of tickets are on sale now starting from £20 at: www.shrewsburyfieldsforever.com

Any businesses, organisations or individuals who would like to hear about the sponsorship/advertising package available through Shrewsbury Fields Forever, or wants to discuss ways they can help, should contact the festival at 01743 236858 or email dene@shrewsburyfestival.com