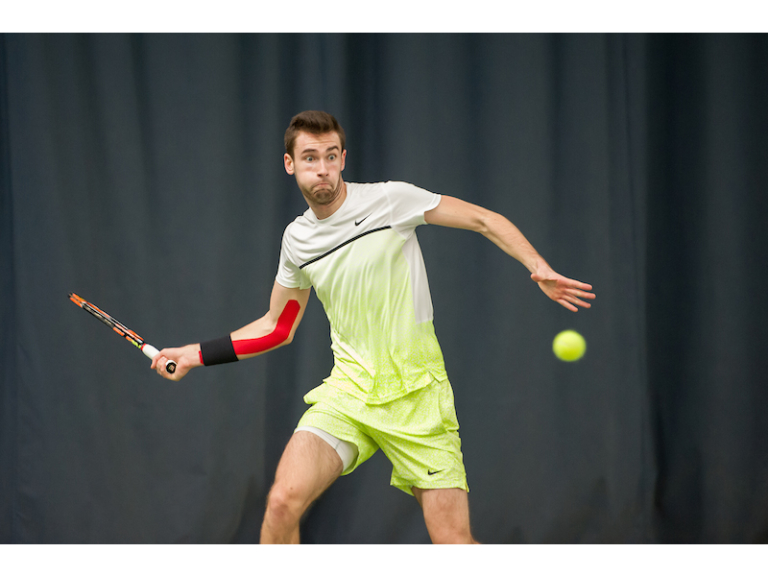 Hopes of a British singles winner at the $15,000 Aegon GB Pro-Series men's tournament now rest with Dan Cox, the No 3 seed, the only home player through to today's semi-finals.

Cox, 24, ranked seventh nationally, will take on German Jan Choinski in the second of the last four clashes at the Sundorne Road venue while the opening semi-final will be between Italian Salvatore Caruso and French player Quentin Halys.

Ahead of the two singles semis, today's action begins at 11.30am with the doubles final which will be an all British affair between Sean Thornley and Marcus Willis, the top seeds, and Luke Bambridge and Scott Clayton, seeded three.

Cox, from Lincoln, maintained the excellent form which has yet to see him drop a set this week by beating fellow Brit Josh Milton, a good friend, 6-3, 6-3.

The two players, both in the top 10 of the current national rankings, used to live together when they trained in London, but Cox, who is 261 in the world standings, proved too strong this time.

He will now take on Choinski in the last four after the German ended the brave challenge of Brit Tom Farquharson, the event's headline maker 24 hours earlier when he knocked out No 2 seed Antal Van Der Duim.

The second semi-final on court today has a real European flavour with Frenchman Halys taking on Italian Caruso, the No 8 seed.

Halys progressed with a 7-6, 6-4 triumph over Brit David Rice while Caruso, from Sicily, impressed in sweeping aside Austrian Maximilian Neuchrist 6-2, 7-5.

Caruso said: "When you start winning matches you start to think that maybe it's your week, but we'll see. The next game will be another fight because there are many, many good players here."

Caruso insisted he's pleased with his form in only his second ever tournament in this country having competed at Wirral last week when he also beat Neuchrist before bowing out in the quarter finals.

Admission to enjoy today's action from courtside stands is free.