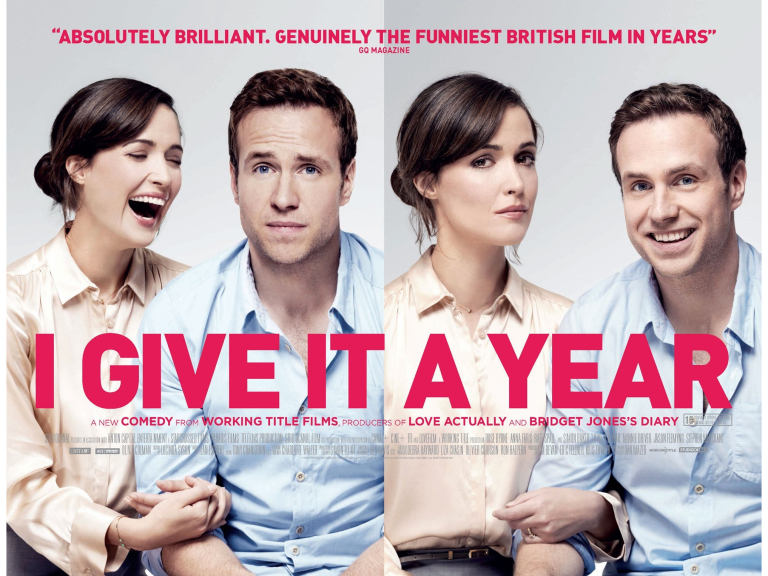 I Give it a Year is the latest British rom com starring a host of funnymen and women to have hit the screens at Shrewsbury Cineworld.

As I am getting married this year myself, I thought this would be the perfect watch on a Friday night, and an opportunity to pick up some wedding dos and dont's!

Needless to say, although I hope the speeches are just as funny, I hope my own foray into wedded bliss goes nothing like it does in this flick....

Rafe Spall, son of Timothy, has thus far been yet to have been cast as a lead - but in this new comedy from Working Title Films, he plays just that!

It may be a bold casting decision, but it does pays off. Spall and his co-star Rose Byrne are likeable comic performers, and Dan Mazer’s cheerfully abrasive film capitalises. They aren't however the standout performers, for me, the funniest lines and scenes come courtesy of Anna Faris, Stephen Merchant and especially Olivia Colman who is, in my opinion, the actor who carries out their role with the most impact and panache.

The film begins with a happy ending and dares to ask what happens next. Josh and Nat, played by Spall and Byrne, are two newlywed Londoners who slowly start to realise that they may not be quite as well-suited as they first thought and fell in love with the idea of love rather than love itself.

A quirky old flame (Anna Faris) and a suave new colleague (Simon Baker) both Americans, both emerge from the romcom ether, and there are also the usual set-piece humiliations to endure, such as a highly awkward family Christmas which swiftly worsens with the appearance of some lewd honeymoon snaps in a digital photo frame. Nat's mum, played by Jane Asher, clearly was not cut out for such a feast for the eyes.

In the end it amounts to not much but the expected. But the film does deliver some very funny moments, and is romantic without making you feel ill. Nothing can ever touch the powerhouse, the original, the one off - Four Weddings. So don't expect that. But do expect to have a nice time, and take nothing from it for your own big day or marriage. The dress is lovely though.

I Give it a Year is still showing at Cineworld Shrewsbury. To book click here.