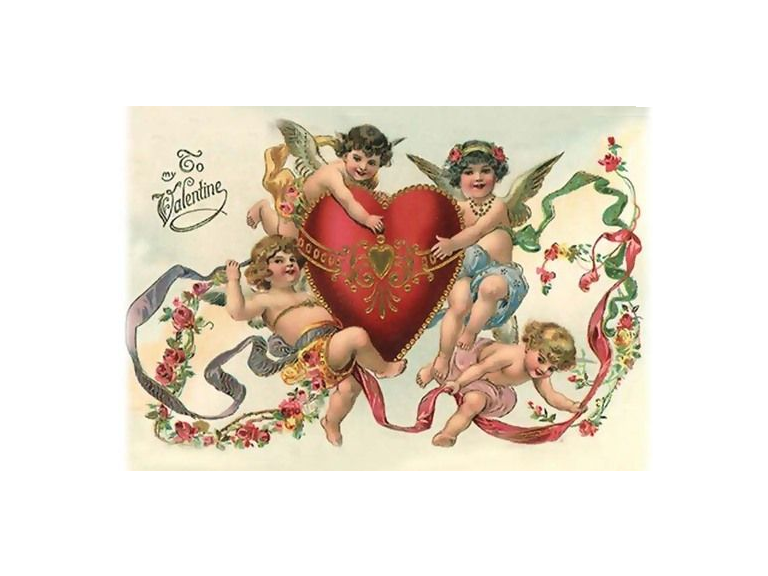 ‘All you need is love’, according Lennon and McCartney, well here at thebestof Shrewsbury, we thought we would share some Valentine's Day facts with you...call it our little treat.

No other emotion has ever been more written about by playwrights, storytellers and musicians. And there is even a day of the year dedicated to showing our loved ones how much we..well love them.

Whether you think it’s an advertisers dream or the perfect opportunity to say all the things you don’t normally, Valentines is here to stay. But do we know why we celebrate it in the first place?

We unearthed some Valentine’s day facts to find out why the day exists at all and where some of the most well known love sayings and gifts come from.

Saint Valentine (in Latin, Valentinus) is the name of 14 martyred saints of ancient Rome. The name "Valentine", derived from valens, means worthy, strong and powerful.

Of the Saint Valentine whose feast is on February 14, nothing is known except his name and that he was buried at the Via Flaminia north of Rome on February 14, he was born on April 16.

Every year around 1 billion Valentine cards are sent across. After Christmas it's a single largest seasonal card-sending occasion.

Teachers receive the most Valentine's Day cards, followed by children, mothers, wives, and then.....sweethearts. Children between ages 6 to 10 exchange more than 650 million Valentine's cards with teachers, classmates, and family members.

Was the favorite flower of Venus, the Roman goddess of love. The color red stands for strong romantic feelings making the red rose the flower of love.

Cupid is a symbol of Valentine's Day. Cupid was associated with Valentine's Day because he was the son of Venus, the Roman god of love and beauty. Cupid often appears on Valentine cards and gift tokens holding a bow and arrows as he is believed to use magical arrows to arouse feelings of love. Love Letters and Poems

The Italian city where Shakespeare's play lovers Romeo and Juliet lived, receives about 1,000 letters every year sent to Juliet on Valentine's Day.

...to date is written in a clay tablet from the times of the Sumerians, inventors of writing, around 3500 B.C.

Wear your Heart on your Sleeve

In the Middle Ages young men and women drew the names from a bowl to see who would be their Valentine. They would wear this name pinned on their sleeves for one week. This was done so that it becomes easy for other people to know your true feelings. This was known as "to wear your heart on your sleeve".

The most beautiful and incredible gift of love is the monument Taj Mahal in India. Built by Mughal Emperor Shahjahan as a memorial to his wife it stands as the emblem of the eternal love story. Work on the Taj Mahal began in 1634 and continued for almost 22 years and required the labor of 20,000 workers from all over India and Central Asia.

Amongst the earliest Valentine's Day gifts were candies. The most common were chocolates in heart shaped boxes.

The heart is associated to Valentine's Day as it is considered the source of all human emotions. The custom of drawing a heart shape is supposed to have come from early attempts to draw an organ that no one had seen. The symbol came on to become as a sign of love.

The heart has been the most common figure of romantic love over the decades. Ancient cultures believed the human soul lived in the heart. The heart may be linked with love because the ancient Greeks believed it was the goal of Eros, known as Cupid to the Romans. Anyone shot in the heart by one of Cupid's arrows would fall hopelessly in love. Because the heart is also closely linked to love, its red color is considered as most romantic.

If you are thinking of celebrating this Valentine's Day, there are plenty of independent, recommended places to eat out, buy gifts and cards from and much more here on thebestof Shrewsbury.

If you want to speak to us about how we can help your business, just email shrewsbury@thebestof.co.uk or call 01743 851976.