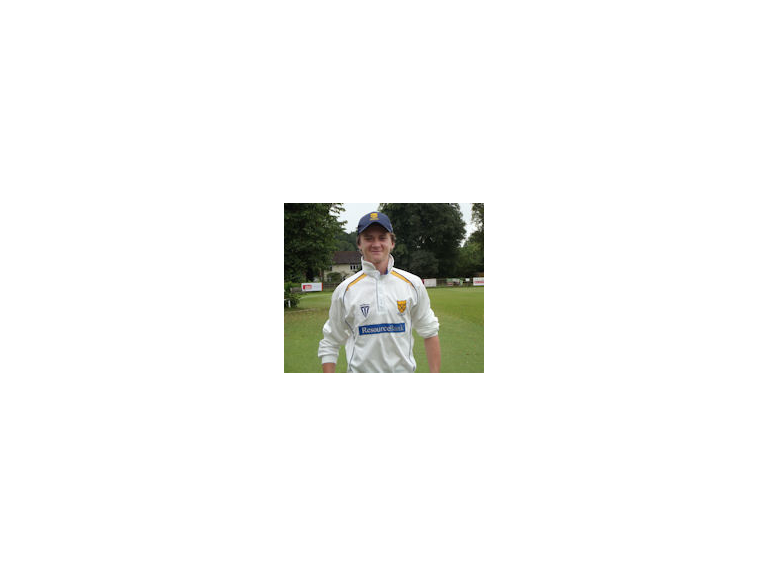 Clarke, who plays for Wellington in the Birmingham League's premier division, became the youngest player to represent Shropshire, when he made his debut in a recent rain-affected match at Berkshire.

He was aged just 16 years and 43 days at the time, meaning he broke the record previously set by Shifnal's Jack Edwards against Cheshire in 2010 by 65 days.

Foster was impressed how Clarke fitted in and said it was just a shame the weather prevented him from showing what he can do with the bat.

Foster said: “Joe's got a lot of ability, plenty of talent, and Terry O'Connor, who has seen a lot of him at Wellington, speaks very highly of him.
“It was unfortunate Joe didn't get a chance to bat against Berkshire but I'm sure there will be other opportunities in the future.

“We've got a lot of young talent within Shropshire and our policy is if you're good enough you will play regardless of age.

“Joe fitted in well with the lads and knew a lot of them anyway from attending pre-season nets. He's a likeable character. He's an ambitious lad and he wants to play professional cricket one day.”

Clarke, who lives in Trefonen, made the step up to sign for Wellington from Oswestry at the start of the season. He recently finished his GCSEs at Llanfyllin High School.

He said he was delighted to be called up and admitted it came earlier than he expected.

Foster, meanwhile, is now gearing up for the long trip south to Bournemouth to face Dorset in a three-day match which gets under way on Sunday morning.

Shropshire are currently joint leaders of the Western Division alongside Cornwall, with Foster stressing his side are well placed to push for title glory with three matches remaining.

“Dorset won the Western Division Championship two years ago, but I'm always confident of getting a result when we play against them,” said Foster.

“It's a massive game and a great opportunity for ourselves to extend our lead at the top of the division.

Dorset are third and if we could come away with a win it would really put some daylight between us.”