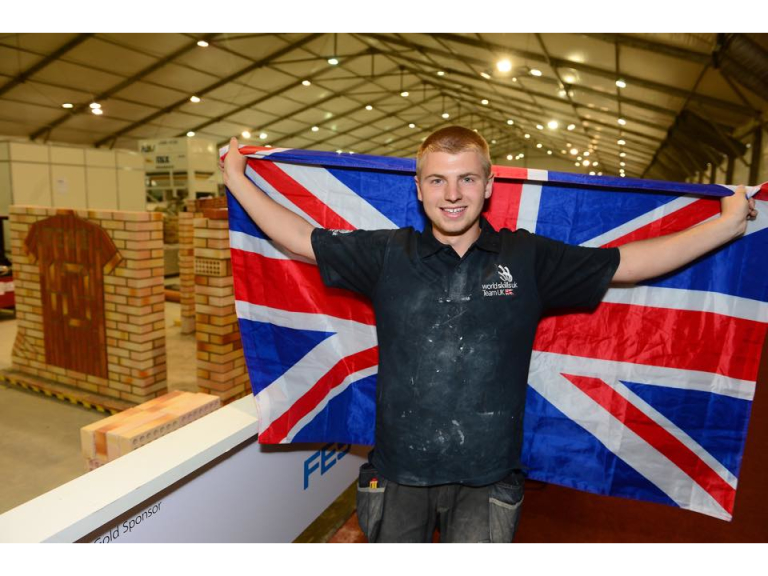 The Rio 2016 Olympics may be a year away, but some of the UK’s brightest young talent have already celebrated medal success on the global stage in Brazil this month and garnered praise from the PM.

Following five days of intense competition against almost 1,000 of the world’s most skilled young people - the nation’s team of talented apprentices and learners returned from WorldSkills São Paulo 2015 with a haul of eight medals and 25 medallions, including three golds.

Ryan Stevens, 21, from Telford, who studied his Level 3 in Brickwork and recently completed his Apprenticeship at Shrewsbury College, was among the elite UK team who competed at the event and was one of the 25 competitors awarded a ‘Medallion of Excellence’. These were given to a small group of competitors who demonstrated the attainment of world-class standards in their chosen skill.

In a letter to each individual competitor, Prime Minister David Cameron was full of praise for their efforts: “Team UK demonstrates how the best of our apprentices and vocational learners can compete at the highest international level. The skills they were competing in are vital for the long-term success of our economy. It is also important to remember that they are role models for the next generation of apprentices and vocational learners, who will be inspired by the team’s achievements in Brazil.”

Taking place every two years since its inception in 1950, WorldSkills is the world’s largest skills competition, which is held around the globe to celebrate skills and share best practice between industries and countries. Staged from 11-16 August 2015, WorldSkills São Paulo gave the world’s most talented young people the chance to battle it out to be named the best of the best in skills ranging from web design and aircraft maintenance to hairdressing and visual merchandising.

Ryan said: “I am so proud to have been selected to represent the UK, as I have worked so hard to perfect my trade, and have revelled in the opportunity to work with such highly-skilled and competent tutors. It is an amazing honour and privilege to have been selected and allow me to showcase my skills.”

Ryan started his journey to Brazil when he entered the WorldSkills UK Skills Competitions and competed in national finals held at The Skills Show, the nation’s largest skills and careers event, in Birmingham in 2013 and 2014.

Stuart Raine, Curriculum Leader for Construction at Shrewsbury College, said: “We are all extremely proud of Ryan and the phenomenal success he has achieved throughout the Worldskills competition. We look forward to seeing what successes our next group of competing students will have.”

Selection for the next Team UK, to compete at WorldSkills Abu Dhabi in 2017, will start at The Skills Show 2015, at the NEC Birmingham from 19 to 21 November 2015. Two Shrewsbury College students, Amanda Connor and Ross Counsell are set to compete in their trades at the show after winning the regional heats earlier this year.

For more information about Brickwork courses or Apprenticeships please call 01743 342411 or visit www.shrewsbury.ac.uk Or come along to one of the upcoming advice events, on Thursday 27 August, 5-7pm, Wednesday 2 September and Wednesday 9 September at 5-7pm, London Road.