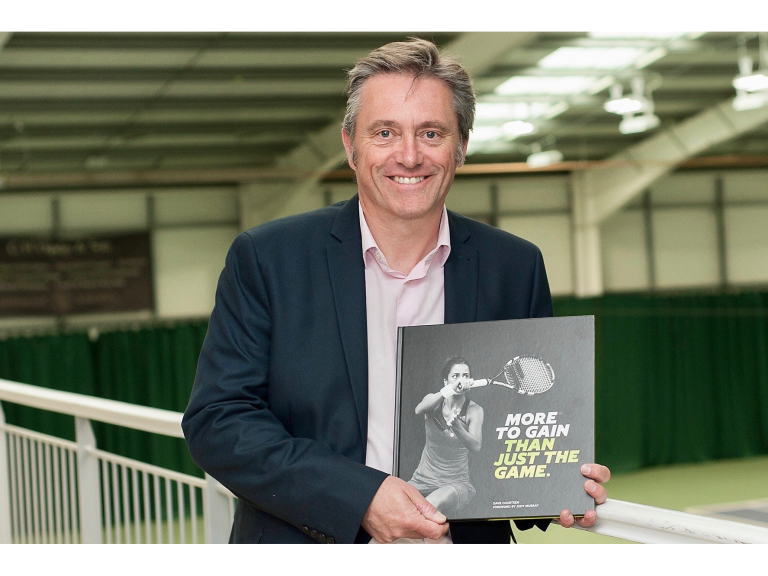 A book inspired by the World Tennis Tour events hosted by The Shrewsbury Club has been shortlisted for a prestigious national award.

More To Gain Than Just The Game combines first-hand stories of how sport, specifically tennis, teaches valuable life lessons. It's told from the perspective of the international stars who have competed in Shrewsbury, with stunning images of the players in action.

It has been shortlisted for Illustrated Book of the Year in the annual Telegraph Sports Book Awards, which highlight the best of sports writing and publishing, showcasing a book’s merits while also enhancing its reputation and profile.

More To Gain Than Just The Game was written by Dave Courteen, the managing director of The Shrewsbury Club, with the foreword penned by former Great Britain Fed Cup captain Judy Murray, mother of tennis stars Andy and Jamie.

Shropshire photographer Richard Dawson is behind the incredible photography which was the inspiration for the coffee-table stye book, published by Shropshire’s Middle Farm Press.

Dave, who is delighted with the recognition, said: “The whole inspiration behind the book was Richard Dawson’s amazing photography. It was only later that we decided to weave some stories around Richard's photos with a theme of how sport changes people from the inside out.

"It was a fun project to do, so to now receive national recognition is way beyond my best expectations.

“It is rather like setting out to have a hit on a tennis court in the local park and ending up with an invitation to play at Wimbledon. That’s what it feels like and it is quite incredible.

“The Telegraph Sports Book Awards will hold a virtual presentation ceremony next month and I am just thrilled that the book has been shortlisted.

"It is the perfect sign off to what has been a very enjoyable project."

More To Gain Than Just The Game features seven narratives focusing on how sport challenges and changes people.

It provides an insight into the world of professional sport, with British number one Johanna Konta and Marcus Willis, who memorably faced Roger Federer at Wimbledon in 2016, among the tennis players featured.

Other titles shortlisted for Illustrated Book of the Year include A Life Behind the Lens, which is a collection of the best work of Richard Pelham, The Sun’s chief sports photographer for the past 30 years, and Yellow Jersey, a storytelling photographic tribute to celebrate 100 years of the Tour de France.

Shortlisted books up for awards in other catagories include autobiographies from England cricketers Ben Stokes and Jimmy Anderson, along with former England footballer Emile Heskey.