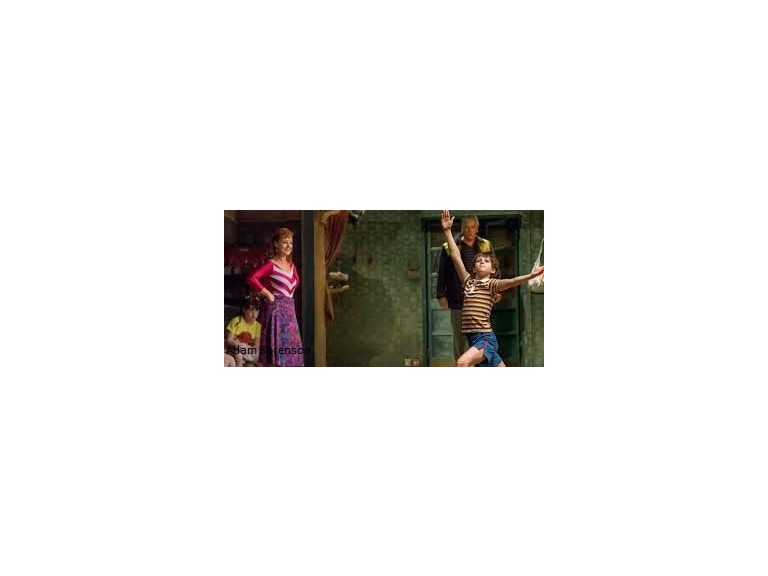 Seeing Billy Elliot the Musical streamed live across the globe at Shrewsbury Cineworld Cinema was an epic and emotional experience.

And I am so glad to hear that due to it's success, not only will the West End show have repeat screenings next month, but a special DVD of the show will be released on November 24.

The musical, written by Lee Hall and Elton John, was screened live to cinemas yesterday, and featured a special finale 'mash-up' which saw 25 former and current Billy Elliots perform on stage together. And it was a real treat, not only for the audience in London, but for all of us lucky enough to get tickets to see it in cinemas across the UK and world.

The show was broadcast live to eight countries from the Victoria Palace Theatre. There were also two screenings at the Easington Social Welfare Centre, formerly the Easington Colliery Miners’ Institute, which is one of the settings in the story.

In addition to the this weekend’s live broadcast, Billy Elliot will be screened to a further nine countries across four continents, and “encore screenings” will take place in 350 cinemas throughout the UK on October 2, 3, 4 and 5.

The cast of Billy Elliot features Ruthie Henshall as Mrs Wilkinson, Deka Walmsley as Billy’s dad, Chris Grahamson as Tony and Ann Emery as Grandma. There are four boys aged between 9 and 13 playing Billy, and we were lucky enough to be enjoying a performance showcasing the talents of a 10-year-old Elliott Hanna.

Elliott, and this is in no way an exaggeration, was absolutely oustanding, mesmerising and as Ruthie's character Mrs Wilkinson tells him in the show is "very, very special.'"

The musical is directed by Stephen Daldry, with choreography by Peter Darling. A special address by Mr Daldry at the start of the show let all of us sitting in our seats know that we were in for some extras, with the mash-up featuring previous Billy's - some of whom have gone on to be some of the greatest dancers in the country.

There is absolutely no doubt that if Elliott wants to follow in their footsteps, he will. He has an extreme talent, and what was so wonderful to be able to see in the cinema format, was his face up close. Not only can he dance, but he can sing and act in a way that moved me to tears so many times I was left exhausted by the end.

What I absolutely loved, was being able to see his expressions at the end of the show's finale with all the cast and at the end of the extra Billy mash-up. If you needed any assurance that here is a boy who was humbled and overawed by the crowd's reaction to, I'm sure, the blood, sweat and tears he has put into his perfomance, you got it.

Ruthie was also very charismatic and convincing and together with Elliott in the scene about 'the letter', was the cause of most of my tears.

The stage show is very dramatic and the story is the perfect vehicle for so many oxymorons including love and hate, triunph and adversity, life and death and, rich and poor, working class and upper class and of course, the obvious political differences. It's such a wonderful story and such a good show.

I took my niece to this cinema screening. Having already seen Billy Elliot Live twice in London, she had returned home to Shrewsbury for the first time since starting dance College in Liverpool. She was unfortunately very ill, but would NOT miss Billy for anything and came despite feeling awful.

She has this to say to me after: "I'm glad you liked it as it's my favourite musical of all time!! It's one of the big reasons why I want to dance :-) thank you very much for the tickets."

Well, if she can achieve an iota of what Elliott has already, I will be very proud of her.

Go and see this, and if that fails, put the DVD on your Christmas list.