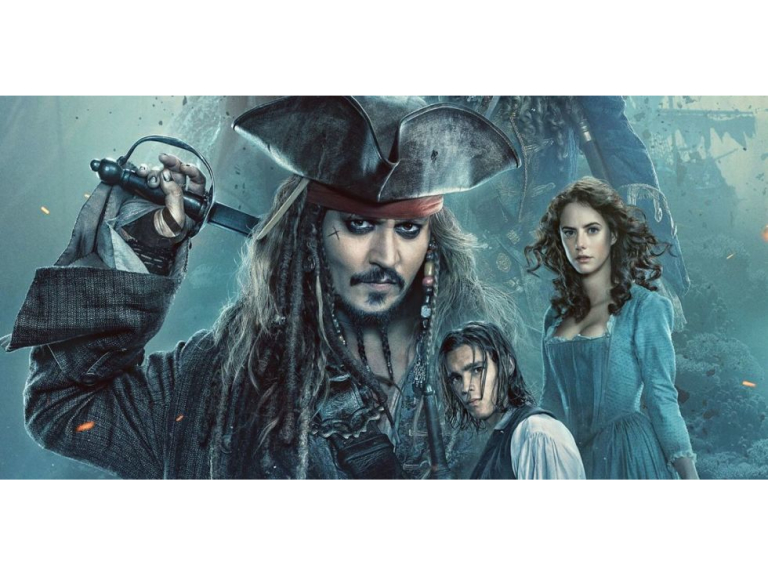 The fifth film comes six years after the fourth - a film many people found to be a the weak link in the series. But let me tell you - Salazar's Revenge really is quite a comeback.

Maybe it's all down to Javier Bardem, who plays 'dead' Pirate-hunting captain, Salazar - and guess what? The film hinges on his desire to get revenge on Johnny Depp's character Jack Sparrow, or as the spectacularly digitally enhanced Bardem calls him, in an unapologetically thick Spanish accent 'Yuck Spurrow.'

The film’s directors, Joaquin Rønning and Espen Sandberg, are adherents of the J.J. Abrams school of ancestor worship – and having come of age in the 1980s golden days of Spielberg, Lucas and Zemeckis, they’ve been tasked with recreating them by a studio (in this case, Disney).

There’s no question they’ve recaptured, or at least synthesised, some of the essence of the original Pirates film. The backstory seems to come out in force in this film, and Bardem is absolutely brilliant. He makes the film, he is cosmic.

The film is fast paced, but of course we already know and love our drunken hero and protagonist Jack and thankfully for me, although he appears as a facially barnacled clad captain, cursed to remain under the sea until the curse can be broken, Orlando Bloom hardly appears in this film, because in my opinion, he is a weak link.

The action sequences, of course, are absolutely outstanding and epic - two of which really click. In an early bank heist, Sparrow and his cronies make off with the bank itself, while a terrific mid-film escape from a public execution unfolds in a kind of whirring, clockwork frenzy, and takes in some ingenious business with a spinning guillotine. At times when battles are commencing at sea, water splashes on the camera lens, suspending the feeling we are in the cinema but making us feel we are with them in the film. Subtle, but powerful.

Salazar wants to find Jack in the hope he’ll  lead him to the Trident of Poseidon – a weapon capable, I think, of destroying every pirate on earth.

That mission gives him common purpose with the somewhat fresher-faced Henry Turner (Brenton Thwaites), who needs the same magical object – seemingly a kind of Swiss Army McGuffin – to save his father from a curse.

This film made me laugh, cry and perch on the edge of my seat. I was all aboard the adventure and slightly washed up and exhausted by the end. Make sure you catch this at Cineworld Shrewsbury.