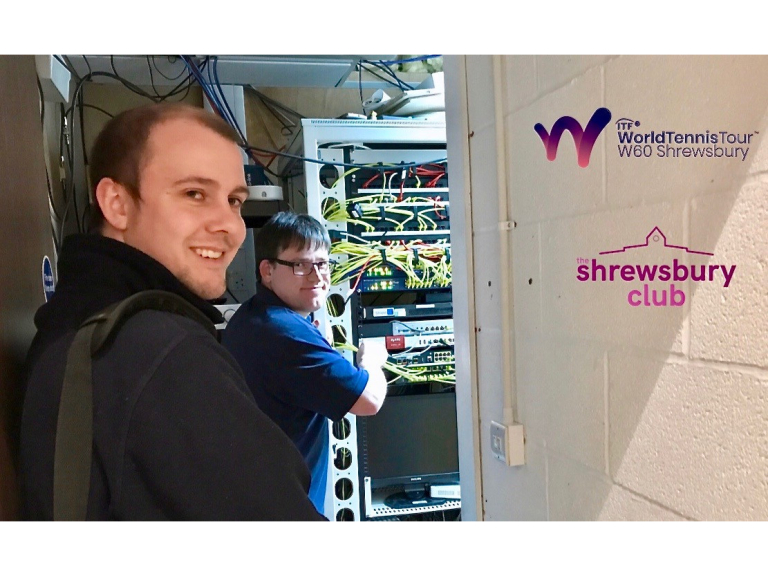 Shrewsbury will be in the national spotlight when professional tennis returns to the town this month - with BBC cameras covering the Budgen Motors World Tennis Tour W60 Shrewsbury tournament.

The final four days of the International Tennis Federation tournament, which runs at The Shrewsbury Club from March 30 to April 5, will be live on the BBC Sport website and the BBC iPlayer service.

It will allow potentially thousands of viewers the chance to watch the action unfold on the indoor courts.

Outside of the grass court season, this is the biggest women’s tennis event in the UK in 2020, with the Sundorne Road venue chosen by the Lawn Tennis Association to host the tournament for a second successive year.

Leading British players and international stars - expected to include players ranked in the world’s top 100 - will compete to lift the Citroen Trophy at the prestigious $60,000 event.

“The support of the LTA has proved key in attracting the BBC cameras to Shrewsbury,” said Dave Courteen, The Shrewsbury Club’s managing director. "This is a real coup for the town in building its national profile.

"When the BBC covered a similar tournament in Glasgow last year, there were 100,000 views of 15 minutes or more during the week.

“Having the cameras here is another significant step forward for the W60 Shrewsbury tournament.

“It’s great news for the town and also our sponsors, especially Budgen Motors and Citroen. We have worked with Shrewsbury BID to raise the profile of the event, with the launch of a fun tennis ball trail around the town centre proving to be popular.

“This is another major boost and underlines the quality of both the tournament and the players involved.

“Last year’s singles champion Vitalia Diatchenko was beaten in three sets by Serena Williams at the last French Open, while Aliona Bolsova, a semi-finalist in Shrewsbury, reached the last 16 at Roland Garros less than four months after playing here.

“It underlines the players in action in Shrewsbury are top international players well used to appearing on TV screens and top tennis courts around the world.”

The Shrewsbury event is part of an expanded international calendar of tournaments being staged by the LTA in Britain this year, providing a showcase for tennis outside of the traditional summer grass court season and opening up the sport to more fans around the country.

Stephen Farrow, the LTA's Director of International Events and Professional Game, added: “We work closely with the BBC throughout the year and are delighted that they are going to be covering this event at Shrewsbury.

"We are working really hard to raise the profile of our international events and, as part of our long-term Performance Strategy, to expand the opportunities for top British players to earn prize money and ranking points at home outside of the grass court season.

"The Shrewsbury event is always well attended and we are excited that, thanks to the BBC, this audience will be increased by those watching online.”

Match and hospitality tickets are on sale from a new tournament website.

Tournament passes to watch all matches throughout the week are available priced £21 for members of The Shrewsbury Club and £40 for non-members.

Day tickets start from £5 for non-members - free for members, on the opening day, Monday, March 30, for the first round of qualifying - through to £9 and £17.50 for members and non-members respectively to watch the singles and doubles finals on Sunday, April 5.

Evening matches will feature alongside a busy daytime schedule at The Shrewsbury Club, with extra hospitality evenings and fun interactive events for all the family also included in a packed programme.