Shropshire tennis coaches will have the chance to listen to former British tennis star Annabel Croft at a coaches forum in Shrewsbury.

Organised by Tennis Shropshire, the forum will take place at The Shrewsbury Club on Friday, February 17 between noon and 2pm. 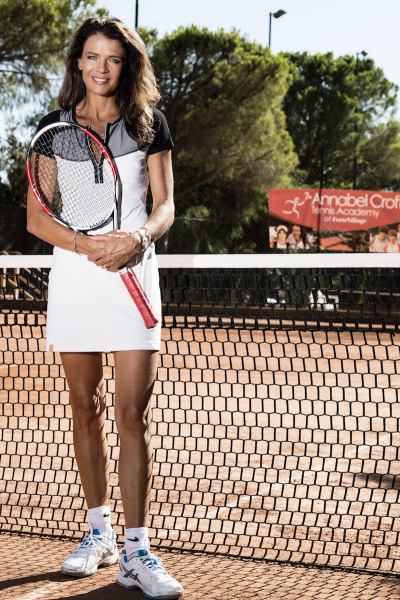 It is free to attend and Bob Kerr, the chairman of Tennis Shropshire, hopes it will become a regular event.

He said: “There are regional coaching forums but they usually involve quite a lot of travelling, so we hope this forum held much closer to home will really appeal to Shropshire coaches.

“We want them to come along so we can update them on what’s happening, not just locally but nationally as well.

“The forum coincides with semi-final day of the Aegon GB Pro-Series men’s tournament at The Shrewsbury Club and we’re fortunate that Annabel Croft, who will be speaking at the club’s dinner later that day, has kindly agreed to spend some time with our coaches.

“Annabel, who enjoyed a successful playing career as British No 1 and is now a television commentator, will be able to give the latest on the national LTA Tennis for Kids initiative, which offers free coaching courses to youngsters in Shropshire and across the UK who are aged between five and eight.

“There are some new developments in how that coaching is to be delivered and Annabel, along with Sam Richardson, who actually devised the Tennis for Kids programme, will both be at The Shrewsbury Club to spend time with and talk to our county coaches at the forum.

“It promises to be an enjoyable event. The early response has been encouraging and we would love to see as many coaches as possible on the day.”

To confirm your attendance, coaches are asked to email tennisshropshire@gmail.com

Five steps to protect your business from cyberattack

What kind of world do you want to leave behind?
Sign up for offers
Sign up for what's on guide
Become an author
Popular Categories
By clicking 'ACCEPT', you agree to the storing of cookies on your device to enhance site navigation, analyse site usage, and assist in our marketing efforts.
For more information on how we use cookies, please see our Cookie Policy.