Former tennis star Annabel Croft, now a television presenter, is heading to Shrewsbury next month to headline a sports dinner.

She will share stories from her career at The Shrewsbury Club on Friday, February 17, with a limited number of tickets still available.

Her visit will be on the eve of the Sundorne Road venue hosting the final of the Aegon GB Pro-Series men’s tennis tournament the following afternoon. 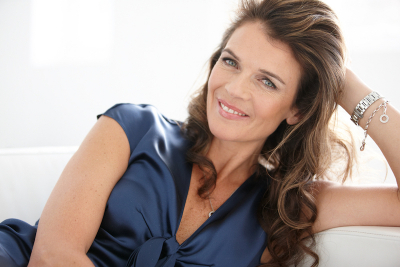 Annabel, a former British No 1 who reached as high as 21 in the women’s world rankings, now presents tennis for both Sky Sports and Eurosport while she is also an ambassador for the Lawn Tennis Association.

Dave Courteen, the managing director of The Shrewsbury Club, said he was delighted to have secured another high-profile guest speaker following the successful visits of John Inverdale, Judy Murray and Baroness Tanni Grey-Thompson.

He added: "Annabel is appearing thanks to the support of the LTA as she is an ambassador for the Tennis for Kids programme, which was successfully launched last year and will be held across the country again this year.

"It offers thousands of children aged between five and eight the chance to take part in free six-week coaching courses.

“Annabel will also spend time during her trip to The Shrewsbury Club holding workshops on court with local school children and youngsters who are part of the club’s successful junior programme.

“We look forward to hosting Annabel,  a very respected figure in British tennis, and our sports dinner are always extremely popular.”

Qualifying for the $15,000 Aegon Pro-Series men’s tournament will start at The Shrewsbury Club on Sunday, February 12, with the main draw matches getting under way on Tuesday, February 14.

Admission is free to watch world class tennis throughout the week.

British star Dan Evans, who reached the fourth round of the current Australian Open, is a past winner of the tournament.

The remaining tickets for the sports dinner are available priced £35 for a three-course meal and coffee, or £350 for a table of 10 which includes two complimentary bottles of wine.