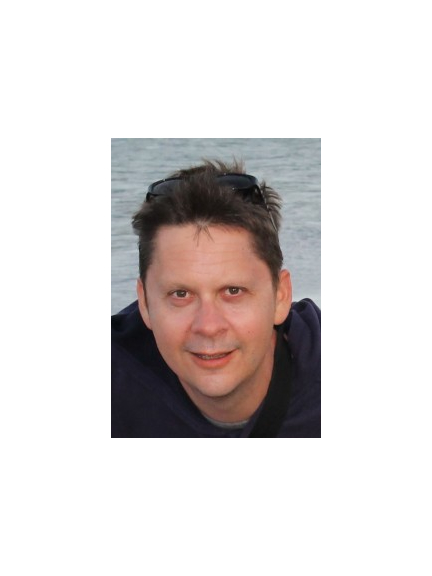 As some of you may know, I am training for the Shrewsbury Half Marathon on June 23rd.  I only started running four months ago, after putting my name down for the run in an effort to get myself fitter.

Unfortunately, as the date for the Shrewsbury Marathon and Half Marathon gets ever closer we are seeing an increasing number of running injuries here at Shrewsbury Chiropractic, particularly knees, so I thought it was time to write another blog.

The two most common causes of knee pain in runners are “Runners knee” and ITB syndrome.

Runners knee pain” is more correctly termed patella femoral syndrome and can affect as many as 1 in 4 runners. The symptoms are typically pain under the knee cap and around the front of the knee, and used to be called chondromalacia patella.

Pain is elicited when the leg is bent and straightened, particularly when weight bearing, and there may be creaking or cracking under the knee cap, a symptom termed crepitus. Running is a common cause of runner’s knee, especially once the mileage is increased, and can be uncomfortable when going up and down hill. Aggravating factors also include going up and down stairs, leg extensions/quad strengthening in the gym, and even sitting for prolonged periods at work or in the car.

The causes of runner’s knee are related to the anatomy of the area. The underside of the patella (kneecap) has a ridge which slides along a narrow groove in the femur (thigh bone). Every time you bend and straighten your knee the patella slides up and down the groove. Trouble can start when your kneecap moves out of its track or groove and rubs up against its sides, causing friction. This is called patella misalignment or maltracking. That it becomes painful when you run is not surprising when you realise that there are on average nearly 1000 steps per mile.

Common things that can cause misalignment and how to fix them are:

Quadriceps imbalance: This is perhaps the most common cause of runner’s knee. The quadriceps muscle on the front of the thigh is made up of four parts and running strengthens the outer part more than the middle part, thus the patella is pulled out of alignment. This is usually resolved with some specific rebalancing exercises for the muscle group.

Foot instability: Often your feet are imbalanced every time they hit the ground, and you’re feeling the constant pounding and repetition of this mistake in your knee. Over pronating, which means your foot is rolling in too much when you run, is the most common type of this, something that is often associated with fallen foot arches. A combination of orthotics for your running shoe and exercises is usually enough to rebalance and stabilise the foot. You should also have your running analysed to make sure your shoe is the suitable for you.

Tight muscles at the back of the calf or thigh: If the calf muscles are tight, the foot will have to pronate further when running or walking, causing an increase in rotation at the lower leg bones.  If the hamstrings are tight when running or walking, the knee is not fully straightened, which means the foot has to roll more into pronation. Both of these can cause patella misalignment and are treated with specific stretches and rebalancing exercises.

Gluteus medius weakness: One of the muscles that make up the buttock, it often relatively weak in runners. If the gluteus medius is not strong enough the upper leg rotates inwards and causes an unequal pull of the patella over its groove. Again, some specific strengthening and stretching exercises usually resolve this.

In addition to the specific treatments for each cause there are a few other things which also help resolve runners knee:

Ice: Wrap a cold pack around each knee (a bag frozen peas in a teatowel will do!), with the pack at the front for about ten minutes, a few times a day to bring down the swelling. Make sure the cold pack is wrapped in a thin cover to avoid cold burns!

Rest: Not what a runner wants to hear close to an event, but where possible, stopping or decreasing your running will help the problem settle whilst treatment takes effect.

Running/gait analysis: Many running shoe shops offer this and it’s a good way of screening your running for problems and also seeing if your shoes are suitable for you.

What are the common symptoms of ITB syndrome?

The most common cause of pain in runners, this condition almost always presents as pain on the lateral or outside part of the knee and sometimes in the lateral thigh. It is often described as tight, inflamed, stiff or achy. It is usually worse with repetitive activity, such as running or cycling.

What are the causes of ITB syndrome?

The ITB becomes painful after repetitive friction of the illiotibial tendon on the outside of the knee. Training factors such as increased mileage, running one direction around a track or loop, on a sloped surface, and downhill running can influence the friction and stress on the ITB. Studies have also shown that lateral gluteal (hip abductor) strength has a significant influence on the ITB during running. The ITB is a common structure to compensate for weak gluteals, in an effort to create stability around the hip and pelvis.

What treatments are available for ITB syndrome?

Chiropractic treatment involves identifying the contributing factors and addressing these through hands on chiropractic therapy, corrective exercises and orthotics. Specific deep tissue mobilisation to the ITB and hip muscles help relieve the stress at these sites. Specific strengthening and re-education of the hip muscles, specifically the gluteals has been found to significantly reduce stress on the knee by controlling excessive motion of the thigh and limiting the work done by the ITB. Flexibility exercises of the hip flexors and hamstrings have been shown to be beneficial in reducing the over-activity of the ITB as well. Orthotics, or changes in footwear, are occasionally utilized to help stabilize the foot or allow improved shock absorption with running.

A study in the Clinical Journal of Sports Medicine demonstrated the relationship between lateral gluteal (hip abductor) strength and Iliotibial band syndrome (ITBS). Researchers took 24 distance runners with ITBS and compared them to a control group (no symptoms). The injured group demonstrated about a 20% decrease in hip abduction strength on the injured side compared to the non-injured side. A six week hip rehabilitation program with strengthening exercises focusing specifically on gluteus medius strengthening was performed by the injured group. After rehabilitation there was a significant increase in strength and 22 of 24 of the runners were able to resume regular running without symptoms and at six months had no reports of reoccurrence of symptoms.

If you have been experiencing knee pain that has been unsuccessfully treated by medication or you are only getting temporary relief, it may be time to make a chiropractic appointment for an evaluation. This will prevent your condition becoming chronic and threatening your training program.

I am a Shrewsbury based Chiropractor registered with the General Chiropractic Council. I treat patients suffering with a range of conditions, incl. sports injuries, back pain, neck pain, headaches and...