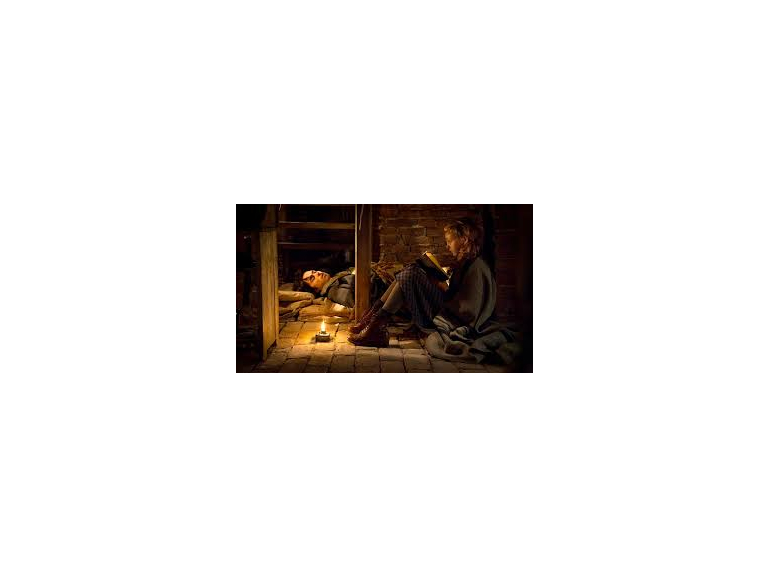 Based on the bestseller by Markus Zusak, this film attempts to convey the emotion of a "family" living in Germany through the Second World War.

The best thing for me by far about this film based on the 2005 young-adult bestseller by Australian writer Markus Zusak is the leading character, a brave and pretty little Aryan girl.

It is this trio's courage and victimhood that take centre-stage. Liesel is forced to join the Hitler Youth, although this is kind of subtley placed into film in a blink and you'll miss it's relevance kind of way, but is secretly disgusted by the Nazis' book-burning displays after learning to read under the guidance of her new Papa.

She further deepens her love of literature by "borrowing" books from the Mayor's wife.

And as war breaks out, she is taught to love writing by Max (Ben Schnetzer), the Jew that her foster parents are hiding in the cellar, and whose deferential friendship and gratitude are the guarantee of their good-Germanness.

I have to confess to not yet having read the book, but having spoken to people that have, the film version is not as emotonally stirring as I would have hoped. Granted it's very hard to portay a whole book's worth of emotion into 2.15hours, but I ecpected to be moved a little more.

Nélisse, Rush and Watson are all wonderful in their roles and you do develop a real bond with their characters, however, there isn't quite enough of the brutality of war, particularly the brutality of the treatment of  the jews, communists etc - anyone not of Aryan descent.

"And although I felt moved by the families risk to look after Max, the collossal size of that risk isn't really clear enough - they could all have been killed for such a move.

The film felt quite slow at times, and although it is beautifully made and wonderfully acted, it didn't quite hit the mark.

You can catch The Book Thief and a raft of other films at Shrewsbury Cineworld Cinema. Book tickets online at http://www.cineworld.co.uk/cinemas/shrewsbury or by calling  0871 200 2000.