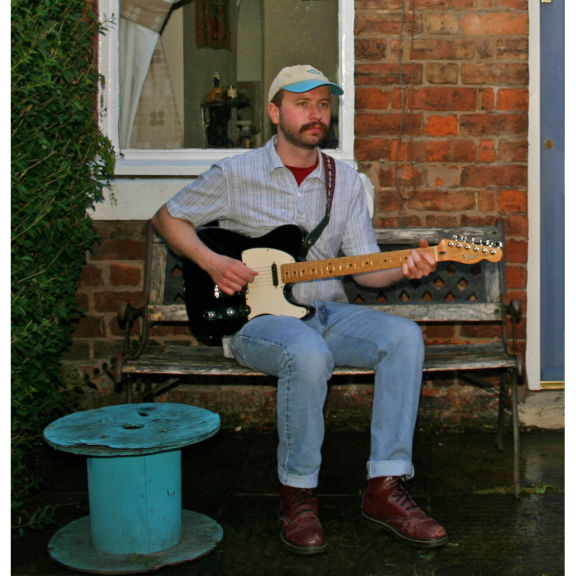 Shrewsbury based singer songwriter Vin Whyte will release his sixth solo album, but the debut under the moniker of First Mate, on 22 November.

Recorded, mixed and produced by Whyte over four days in a disused office unit, the collection of eight songs present a variety of stories about murderers on the run in North Wales, austerity, memory loss, career choices, the notion of land ownership, a fortune teller, a psychopathic farmhand’s daughter and the ghost of a lighthouse keeper dodging flying golf balls.

Describing the concept behind First Mate and the recording process, the latter of which was deliberately raw and with minimal overdubs, Vin Whyte said: “The predominant musical influence in creating the songs on First Mate was a country and western compilation cassette, left behind in the tape player by the previous owner of a ‘99 Skoda Felicia I bought last year. It featured the likes of Martyn Robbins, Jim Reeves, Waylon Jennings and Willie Nelson and inspired me to take a stripped-back and heartfelt approach to the song writing and production on this album. This no-frills methodology proved to be the perfect way to channel what had been on my mind.

“There was no interweaving concept in the traditional sense, other than trying to get back to a basic and exposed sound in order to better express complicated emotions. The songs on my previous albums have featured implicit stream-of-consciousness lyrics. However, First Mate consists of narrative-based fables, which are both surreal as well as inspired by real life.”

First Mate is released 22 November on the Wave Language Recordings label and is available to pre order online at https://firstmate.bandcamp.com/  (digital version) or through the Facebook page www.facebook.com/firstmateband/ (CD).

The track listing is as follows:

3 No More Time To Spend

6 The Diary Remembers The Day

Launch dates with a full band include:

Friday 22 November - The Loft at The Old Post office, Shrewsbury.

A UK tour is being organised for spring 2020.

Two songs from the First Mate album may be viewed on YouTube:

1 Meet Me In Dwygyfylchi HERE and