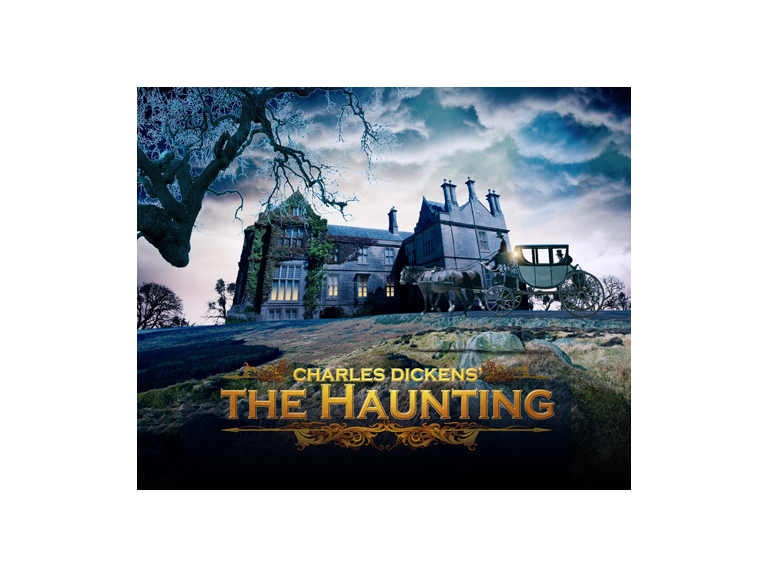 To celebrate the 200th birthday of Charles Dickens, and featuring a splattering of well-known faces, Theatre Severn in Shrewsbury invited the stage performance of The Haunting to entertain...or scare witless the audience!

The play is set in an ancient, crumbling mansion, sheltering from the howling winds that tear across the surrounding desolate moorland, two men stumble across a dark and terrifying secret that will change their lives forever…

The play has been described as:

'A masterclass... this is the undeniable thrill of a live theatre scarefest' The Echo

'A chilling re-production of the Dickens’ stories, a terrifyingly brilliant night out' The Herald.

So the story goes that a young book dealer, David Filde, is employed book dealer Lord Gray to catalogue an impressive library. He finds an incredible array of rare and antiquated books, but as a series of strange and unexplained events conspire to keep Filde from his work, he realises that if he is to convince his sceptical employer that the mysterious phenomena he is experiencing are real, they must journey together to the very edge of terror, and beyond, to discover the source of the ghostly night-time visitations…

Films include the Academy award-winning drama Young Victoria and Elizabeth - The Golden Age. David’s theatre credits include productions of Hamlet and King Lear at the Almeida Theatre.

James Roache has featured in TV dramas including ITV's Cold Blood and the feature Rise of the Footsoldier. His recent work includes a 20 episode story in Coronation Street playing the deceptive rogue James Cunningham. James made his stage debut in The Haunting and it was impressive and seamless

Overall the production was a very polished piece by leading West End theatre producer Bill Kenwright, and it felt like a fitting time for the theatre to host the performance just after Halloween and bonfire night.

The performances were excellent and the play was indeed scary and made the audience jump a few times. But there was also a touch a humour to lighten the load. The set was very impressive and was exactly how I had imagined it to be before setting foot into the auditorium.

The Haunting is on until Saturday with prices ranging from £16 to £26.