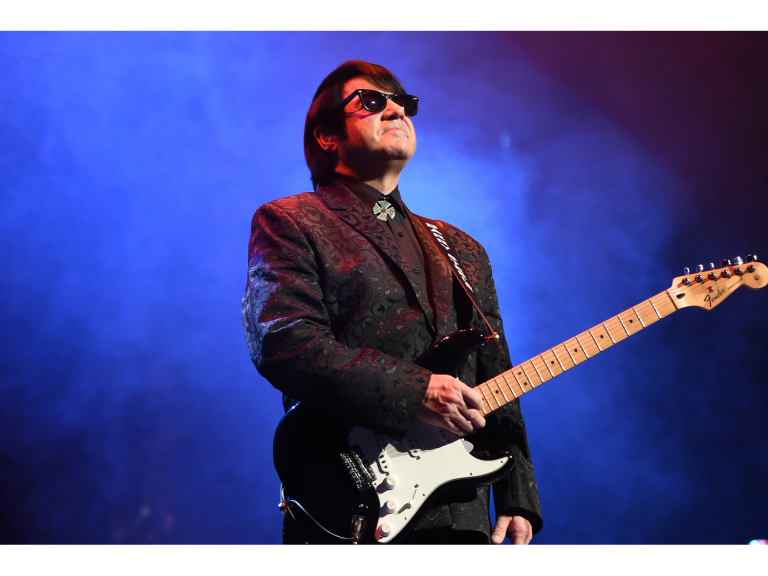 Inspired by a life of love and heart break, Roy Orbison, who would have been 83 this year, is arguably one of the greatest musicians and songwriters of all time.

It’s difficult to define this performance at Theatre Severn in Shrewsbury by the genre it’s meant to fall into. Not because Steele and friends don’t come up to standard as tribute acts go, but because they well and truly exceed it!

The concert was performed as if it was a 21st Century concert for Orbison and a backdrop showed information about Roy's life and songs, his late wife Claudette and his children and was a very moving tribute. It's Too Soon To Know, was performed as footage of Claudette, the subject of the song who died in a motorbike accident at 25, played in the background.

The concert started with the hits of the 60s and worked through his life. It even included a song Orbison wrote before he died but never actually got to record.

Steele himself is extremely unassuming. Off stage he’s a modest and humble man in his demeanour.

On stage he maintains the stance and trademark look while subtly balancing the humour Orbison was so well known for. His vocals are simply unbelievable and quite effortless. You will find yourself questioning whether or not he mimes his whole act. He doesn’t.

The three octave voice and unorthodox writing technique of Orbison shone from Steele’s act, continuing hit after hit of Orbison’s catalogue from Sweet Dreams - a hit for Patsy Cline as well, to the beat dropping Pretty Woman, creating an electric atmosphere for the show's culmination.

From his early career, his time with the Travelling Willbury’s, duets and collaborations, this show is almost a documentary based on the life of a legend that was thought could not be imitated.

If you get the chance to see this wonderful show in the future, don't miss it or you'll be crying!

Free parking in Shrewsbury in run-up to Christmas

Extra disabled parking spaces in Shrewsbury welcomed
Sign up for offers
Sign up for what's on guide
Become an author
Popular Categories
By clicking 'ACCEPT', you agree to the storing of cookies on your device to enhance site navigation, analyse site usage, and assist in our marketing efforts.
For more information on how we use cookies, please see our Cookie Policy.