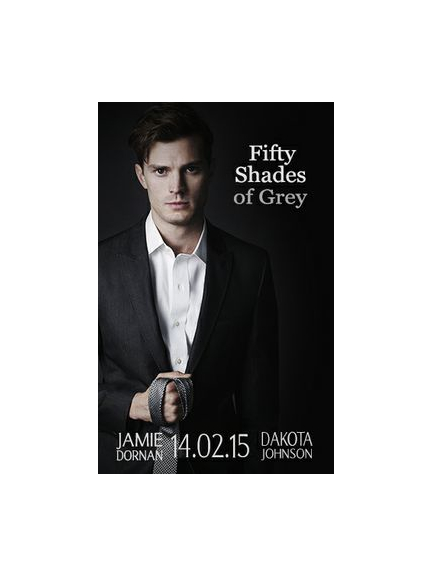 It's finally here folks, the much anticipated, much hyped film version of the 50 Shades book trilogy which took the world by storm.

Let's face it. It was the hype that made most of read the books - I don't know anyone who thought they were good or who told a friend they were a 'must read' - rather the media machine and social media forced us all to think we might be missing out if we didn't give them a go. And it's exactly the same with the film.

Not bad for a book that started out as Twilight fan-fiction, and whose prose style might charitably be described as not that great'. The challenge for Sam Taylor-Johnson, the Turner Prize-nominated fine art photographer who directed 2009’s John Lennon biopic Nowhere Boy, was to please the books’ legion of (predominantly female) fans without allowing the film to become a soft-pornographic laughing stock.

There were a lot of laughs in the film but not really because of any of the sex scenes, but more because Dakota's portrayal of Ana can been quite funny. Not something you would find in the book.

The film is, perhaps surpisingly due to the furore created around the casting of Dornan, rather more focused on Johnson. The scenes are shot mostly from Ana’s point of view and there was infact more focus on Ana than Christian, so we could really get a sense of how she felt about him.

The lead performances and sleek style choices sell it almost irresistibly to the target audience, but the film has the confidence to end bruisingly unresolved, with the cinematic equivalent of a slap in the face.

So what of the raunch? Well to be fair, there is more than i expected and probably as much of the S&M power games as we were allowed to see for the rating.

The film’s single biggest asset is Johnson. Dornan's portrayal of Grey didn't quite cut it for me. Not least because he runs a bit like a girl in it. But his performance was kind of blown off screen by Johnson's, who I admit, I was less pleased to see cast originally. Great art it's not. But it's better than the book and the director did as great a job with the material as it probably allowed her to.

Would we have wanted to see it without having read the books? I am not sure. Maybe it would have been better and maybe much worse. We'll just never know as the hype of the two together go hand in hand.