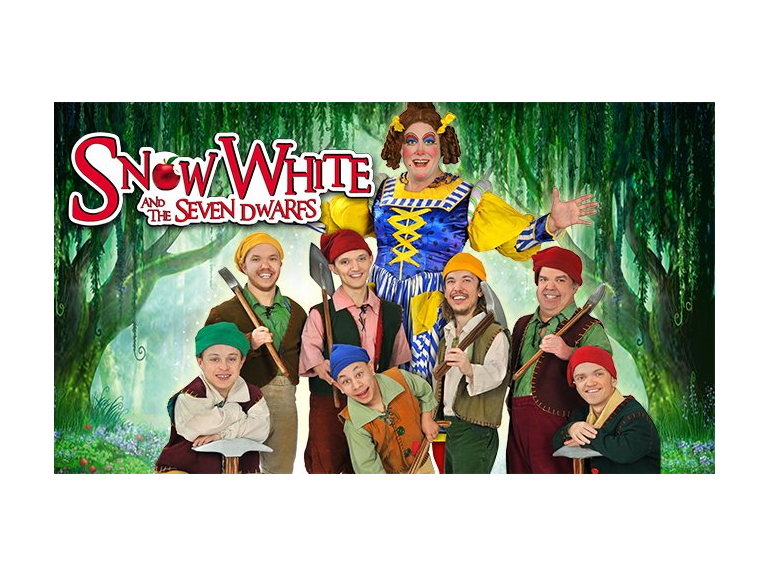 It’s so good it spans two years – with a run of 68 shows Snow White and The Seven Dwarfs at Theatre Severn Shrewsbury is an absolute must see!

This year’s panto has kicked off in style and is on until January 7, 2018 in its longest ever run.

Already 93% sold out, this show, bought to Shrewsbury by local man Paul Hendy of EVOLUTION productions is a true gem in not just the Theatre Severn calendar, but also in panto land as a whole.

It wouldn’t look out of place on the West End, so no wonder it is able to command such a talented cast of professional performers., many of whom have trod the boards there. There’s no wincing in this show as someone tries and fails to belt out a showstopper. Infact, you’re more like to find a tear in your eye and a very warm glow in your heart! Everyone is note perfect and delivers their lines and jokes with ease - the whole show has been written by Paul himself.

A quick count up between the cast last night revealed over 250 pantomime performances between them, many of whom Paul has hand-picked from nationwide scouting.

Now, can we pause for a moment, on the majesty that is Brad Fitt. He started behind the scenes early on in his career, but soon his joke-writing prowess shined through and eventually he was writing, starring and directing the shows. No wonder Paul saw ‘fitt’ to nab him for Shrewsbury. And we are very glad he did because you won’t find a better pantomime dame anywhere!

The stage set gets more impressive year on year. Not only the backdrops, theatre stage borders, costumes and lighting and pyrotechnics, but there is always something magical and this year’s show doesn’t disappoint. There’s even a secret star performer that it was clearly a very big coup to get.

The pantomime has been very well supported over the years and it doesn’t take a genius to see why. It’s simply hilarious, infectious, feel-good fun. This year’s goes one step further and has some really important messages to teach our little ones about friendship, love and the way we treat others. In the sea change of Brexit and the fall out of other big news stories this year, not even panto land is immune from moving with the changing times. And we are jolly glad they have in this easy to digest, family friendly way.

It doesn’t matter how old you are, the Shrewsbury pantomime should be a must in everyone festive season calendar, because it is the epitome of everything Christmas and everything we have come to love about our town.

Next year’s pantomime is Mother Goose, which has never been performed at the theatre, and tickets will be on sale soon!