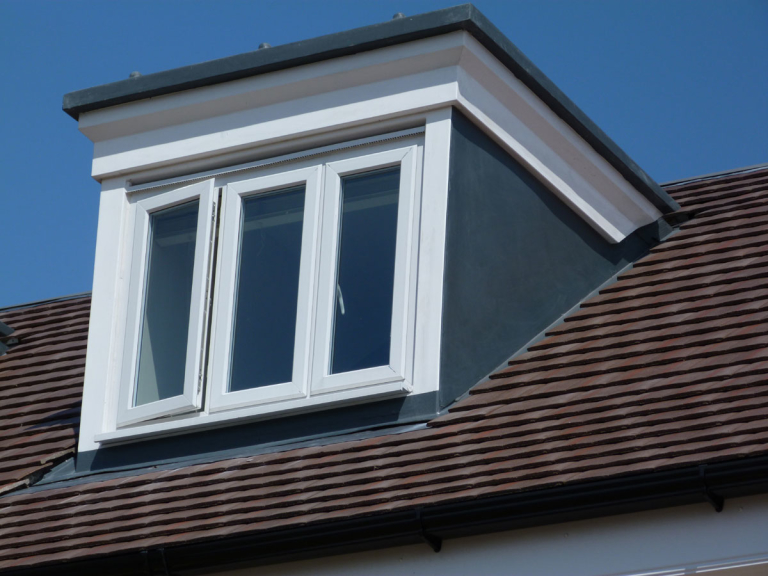 When neighbours in adjoining Edwardian houses discovered that they both needed more space they decided to convert their lofts at the same time. They contacted CUBE for design advice and quotations. By carrying out the work on both projects at the same time disruption was kept to a minimum and the whole process was more efficient, quicker and more cost effective than it would have been if the projects were done separately.

CUBE built a mansard loft conversion for both houses using second hand bricks to blend in with the existing ones and natural slate on the roof to make the mansard more attractive and to fit in with the Edwardian style of house. Traditional timber windows were used in the loft conversion to match up with the rest of the property.

CUBE have used their design skills to come up with clever solutions such as placing doors at the bottom of the staircases to the new loft rooms to give extra privacy and a feeling of space. A contemporary glass staircase to one of the loft rooms was installed adding extra light and a feeling of spaciousness. Skylights were also used to bring in more light. Small contemporary en suite shower rooms were incorporated into the layout. A small porch and cloakroom were added at the side of one property to give extra space.

The clients are delighted that they went ahead with the project and are now enjoying using the new space that has been created for them.

Why not let CUBE turn your plans into reality and make your property more liveable for the future and for your family.

CUBE offers a complete service, from design, planning and the initial quote to the build and completion. They take care to ensure that each project is run efficiently and professionally and that the budget and design works for each client.

Cube Lofts is one of the areas most reputable specialists for Loft Conversions, Extensions and House Refurbishments. If you are looking to extend, convert or even create space within your property we can...

Cube
Why not check out this Attic and Loft Conversions business in Richmond. Cube is a 'thebestof' business member.
Latest Articles