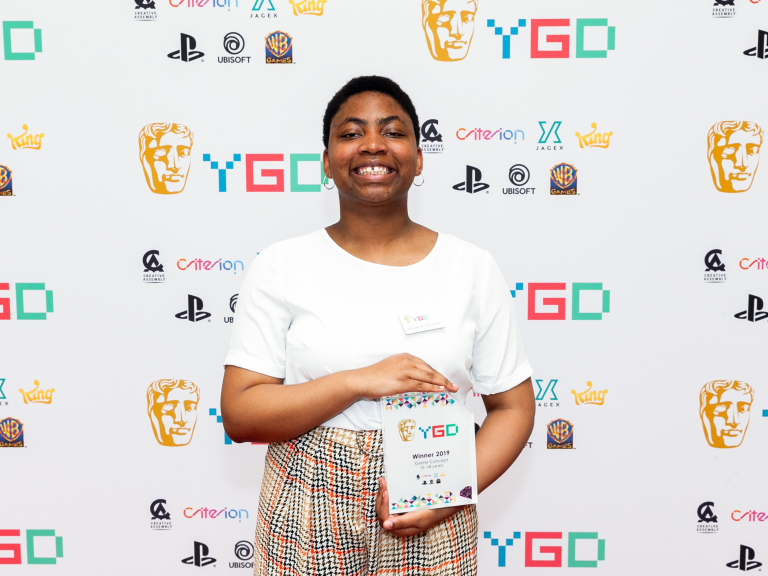 Elizabeth Orji-Smith, has received a BAFTA at the Young Game Designers (YGD) Award

The ninth annual YGD competition celebrates and acknowledges the creativity that is required when designing games. It gives young people an understanding how rewarding a career within this industry can be.

Dr. Jo Twist OBE, Chair of Games Committee at BAFTA, said, “It is fantastic to see such a high calibre of games from upcoming creative talent being rewarded. It’s been another great year for the competition, and with previous winners having gone on to be BAFTA nominated, I can’t wait to see this year’s winners go out and make their own mark on the industry.”

Elizabeth studies A Levels in Computer Science, Graphic Design and Maths at RuTC and commented earlier this year how these courses have helped her to achieve her goal of becoming a game designer. Her submitted concept ‘Creatively Bankrupt’ is a role player game about a small, Robin Hood like heist group, who tries to unlock a vault that holds a creative treasure.

About her win Elizabeth said, “It is exciting, surprising, and I’m ecstatic to be a BAFTA Young Game Designers winner. My game concept came from a lot of different sources including friends and podcasts and I had had the idea of a heist game in my mind for a while. Three days before the competition deadline I saw an advert for YGD and decided to go for it! For anyone who wants to enter next year I’d say come at it from the heart, understand what you love about games and spring ideas off other people as they can bring out the best in you. Just submitting an entry is so valuable. The whole experience has been such fun, making new friends, meeting amazing people from the industry and seeing what you can aim towards.”

In a written message to attendees and the young finalists, HRH The Duke of Cambridge and President of BAFTA, said: “This year the entries have an overwhelming social purpose to them, focusing on issues including mental health, climate change, conservation, disability, bereavement, and transgender rights. Many of the game ideas strive to educate players of all ages on the social issues they address, hoping to prompt real change in people’s lives. I think it is fantastic to see young people using games to express themselves and purposes that they identify with.”

Issued for & behalf of RuTC