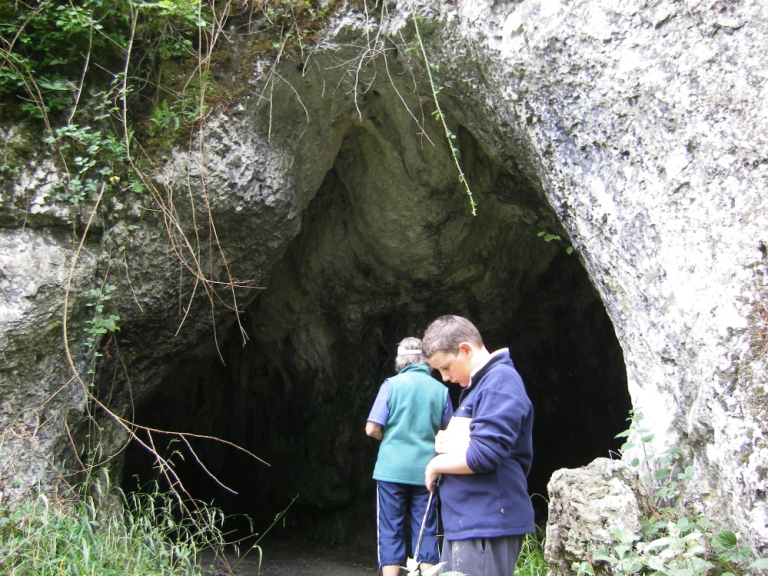 Let's begin at the beginning - prehistoric caves, magnificent burial monuments, stone circles and archaeological stories of Stonehenge.  In Pembrokeshire we are fortunate to have so many ancient prehistoric sites still visible for visitors to stand in awe and to reflect upon how life was like so long ago and what these ancient monuments meant to them.  Throughout time people have felt a sense of mystery and reverence for these great sites and many visitors tread the ancient paths to again sense the great mysteries which first inspired our ancient builders.

In our dig back into time we can reach back to the remains of the Paleolithic, over 20,000 years ago, to places such as Hoyle's Mouth cave at Penally, where remains of bear, horse and hyena and flint tools were discovered. Nanna's cave at Caldey and Wogans and Cathole cave at Pembroke.  When you visit Pembroke Castle, take some time to visit the huge expanse of Wogan's cave, which forms a basement within the foundations of Pembroke Castle.  The cave would have been used by hunters and gatherers as they travelled from site to site following the seasons to ensure their people were fed. This site in Pembroke would have been a perfect site, probably used during the winter months as a shelter from the worst of the winter weather, the tidal inlet providing coastal  connections and fish and shellfish for the pot.

So people would have travelled up and down our land, hunting and gathering through the stone age periods of the paleolithic and the mesolithic. until a time emerged when our native people realised that it was no longer necessary to travel the land to hunt and gather - this was the dawning of the Neolithic, that's another story!