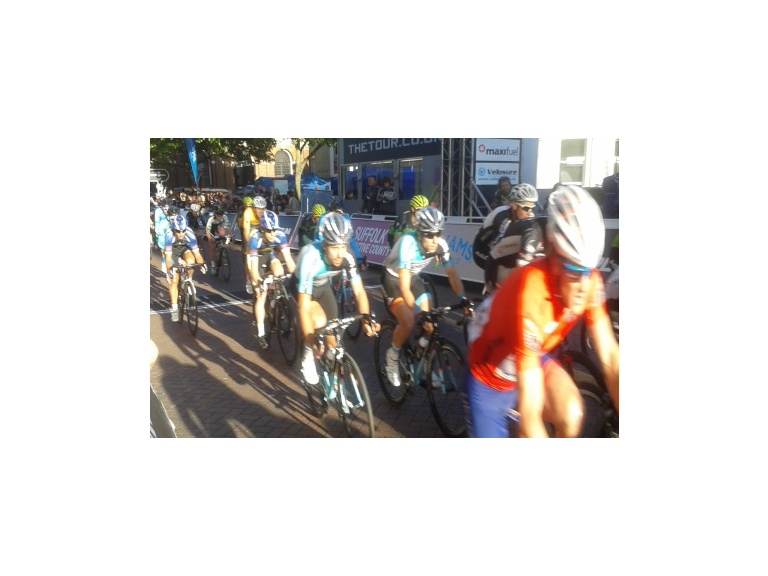 A new elite cycling road race will be coming to Ipswich and Suffolk this summer, British Cycling has announced.

It is timed to coincide with the run-up to the 2013 Tour of Britain, offering British professional teams a final opportunity to hone their form and make their case for selection for the high point of the UK road calendar.

The elite race will be launched at UCS at noon on Wednesday 17th July. The media is invited to attend.

Professor Brendon Noble, Head of School, Science, Technology and Health at UCS, said: “We are very pleased to be involved with another exciting event for British Cycling and look forward to welcoming elite riders and the SkyRide back to the UCS Ipswich campus in the heart of the Waterfront. There is no doubt that events of this calibre are fantastic for Ipswich and Suffolk, and particularly for our students, many of whom are just beginning to explore and analyse the high impact that science has on sporting success.”

September's event will coincide with the third SkyRide event to take place in the centre of Ipswich with the pro-riders beginning their race just before SkyRide gets under way.

Councillor Bryony Rudkin, Ipswich Borough Council's Culture & Leisure portfolio-holder, said: "This announcement about another top cycling event means Ipswich is fast becoming the place to be for UK riders and fans. Lastyear saw the start of the Tour of Britain take place on the Waterfront. Andriders from Europe stormed to victory in the European Cyclo-Cross Championships in Chantry Park in the summer. And the continuing success of SkyRide helps thousands of people get involved in cycling for both fun and fitness."

The 200km course reaches south east of Ipswich racing through Kesgrave, Martlesham and heading out to Rendlesham Forest via Woodbridge to complete a number of loops of a circuit based around the villages of Sutton, Alderton and Hollesley before racing back into town for a technical finale on the Waterfront.

Councillor Geoff Holdcroft, Suffolk Coastal District Council's Cabinet member responsible for Leisure & Economic Development, said: "We were keen to support this event and are looking forward to welcoming elite riders to our area. Not only will it be an exciting spectacle for residents and visitors but it also helps to promote cycling as part of a healthy lifestyle. I hope we can encourage many people to come out and cheer the riders along a course which includes some of the most beautiful parts of our county."

Speaking on behalf of British Cycling, Cyclesport and Membership director Jonny Clay said: "We're happy to be the catalyst for this new race on the Calendar as our relationship with Ipswich grows to incorporate the full spectrum of cycling activity, inspiring more people through Elite competition into participation. Hopefully, 2013 is the start of an event that will feature on the calendar for many years to come"

If you would like to sign up to take part in the SkyRide event on Sunday 8th September please go to http://www.goskyride.com/Ipswich

Entries are now open for teams wishing to enter the UCS-Ipswich & Suffolk Coastal Grand Prix event, details can be found on the British Cycling website at http://www.britishcycling.org.uk/ipswichgp

Plan your future with a financial adviser
Sign up for offers
Sign up for what's on guide
Popular Categories
By clicking 'ACCEPT', you agree to the storing of cookies on your device to enhance site navigation, analyse site usage, and assist in our marketing efforts.
For more information on how we use cookies, please see our Cookie Policy.