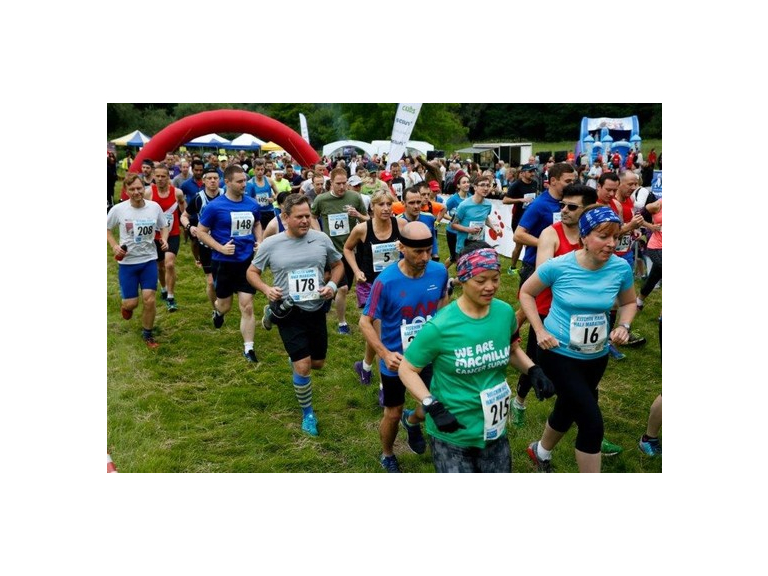 Another great event run by the volunteers of Rotary Club of Hitchin Tilehouse last Sunday from the grounds of Hitchin Priory.

Over 400 runners took part in the 3 races with the youngest being a 6 year old who regularly takes part in 5K park runs.

The Rotary club started organising these events again in 2012 with the proceeds going to the charity of choice each year of the club president.

Monies raised so far over the past few years are just under £30,000 going to the charities above which is fantastic.

Since joining the rotary club I've marshalled this event and it's inspiring to see so many runners taking part each year.  This year I spoke to a 6 year old boy Jamie who ran the 5K with his mum. Dad was running the half marathon.  Jamie's personal best for a 5K is 28 minutes which is fantastic.  He regularly runs the park run 5Ks with his mum and dad and he said he really enjoyed the Hitchin 5K.

My own son took part in the 10K this year and I was a proud mum to see him coming in 13th place.  Husband downgraded from the Half marathon to run with him but was slightly perturbed to have been pipped at the post by over a minute.

You can see the results HERE