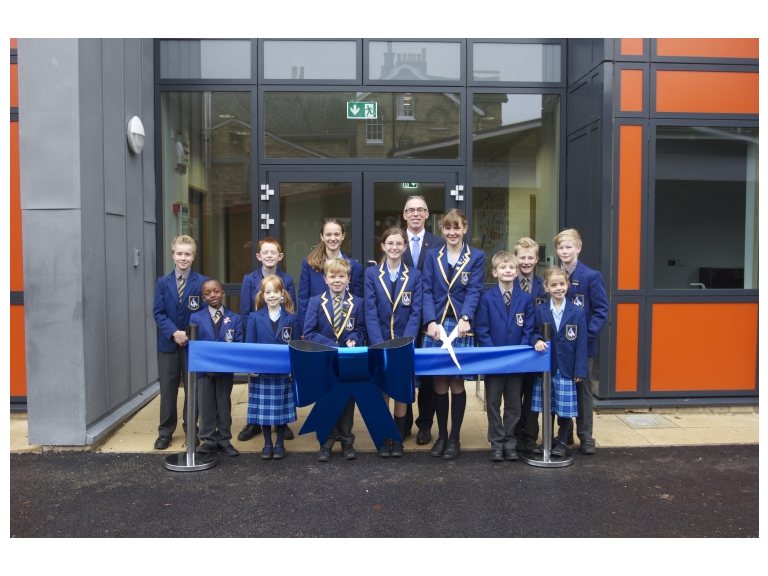 Parents of current pupils were invited to be the first to enter and tour the building after opening and they enthused about the vibrant atmosphere and modern facilities it provides.  One parent commented on the “great, inspiring facilities”.

“We are thrilled that the Robinson building is now open.  It provides excellent teaching facilities for our staff and a wonderful learning environment for our children ensuring we continue to be the best we can be.” Said Mr Iain Gilmour, Headmaster. “The excitement has been building throughout the school and having it open on the first day after our half term break was a real wow moment”.

The building of the new Robinson building involved the demolition of some of the older existing structures but has retained the original Oakfield House where Kingshott was born some 81 years ago.  The new building has been named after Kingshott Schools renowned and respected Headmaster Mr. Rowan-Robinson.

Since 2004, Kingshott has been making major improvements to the school facilities.  This began with the opening of the new Pre-Prep Department, the Rowan building, in September 2004.  Further development has seen the construction of the Ashbrook, a purpose-built Middle School building for children in Years 3, 4 and 5, which opened four years ago.  The light and airy design provides a stimulating environment for the children and teachers. This excellence continued with the brand new standalone Kingshott Nursery facility opening in 2010.