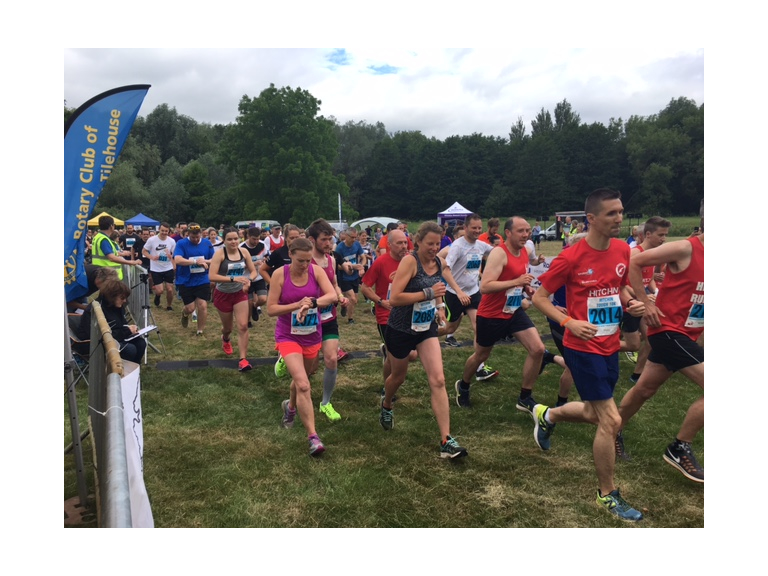 Over 650 runners signed up for the challenge of running the Hard Half marathon, 10K or 5K runs this year.  Run by the Rotary Club of Hitchin Tilehouse this event is now in is 7th year. Proceeds of the events are being split and given to two charities.  The Dyspraxia Foundation and Lister Hospital Neo Natal Unit.  Each year the charity who will benefit from the event is chosen by the incoming club president.

The event is run completely by volunteers.  Well done to everyone who took part this year.  It is a particularly challenging course with lots of hills and is a massive achievement for those who took part of the first time.