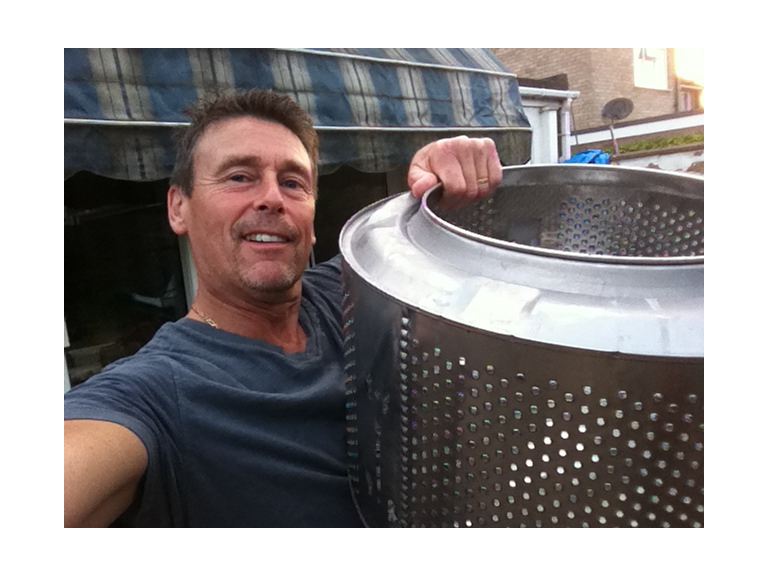 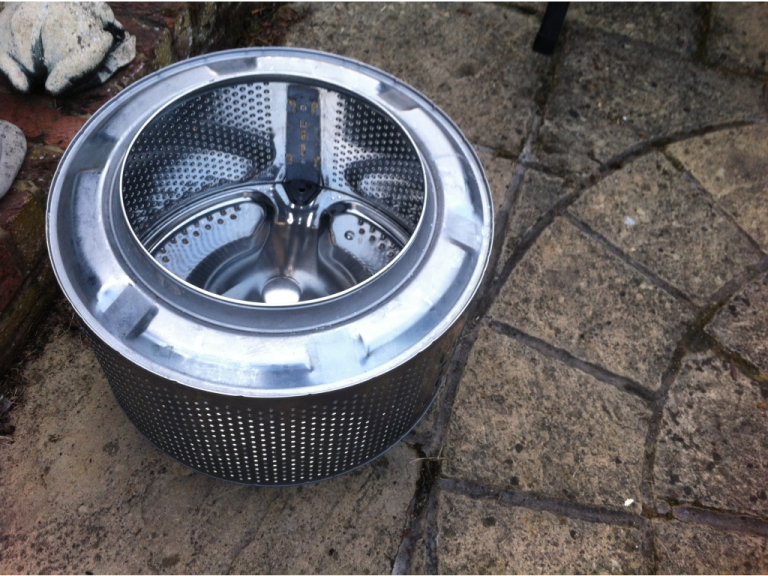 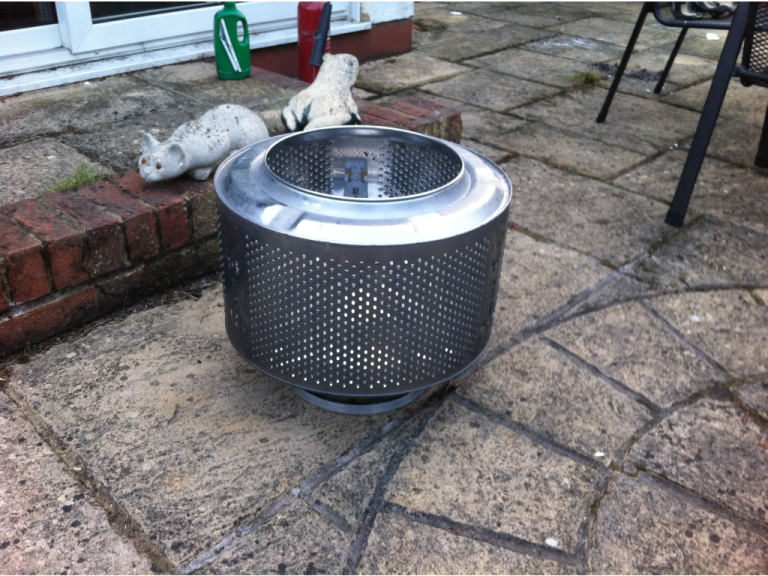 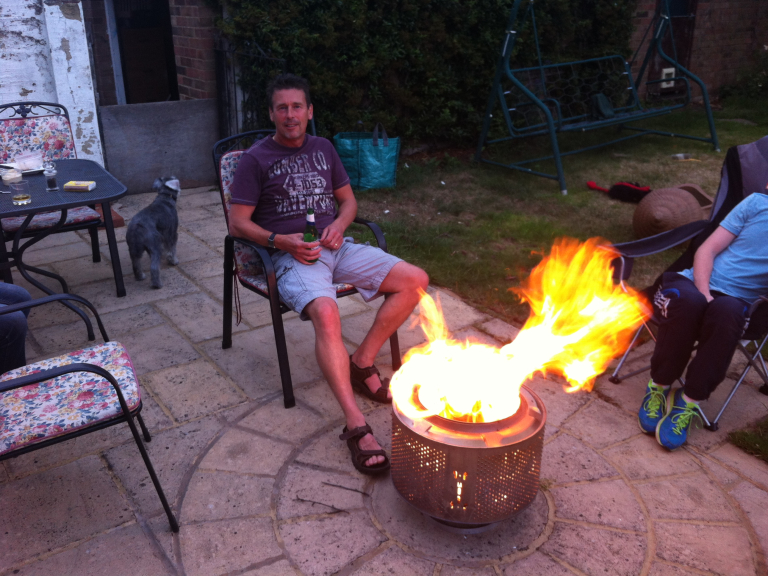 Having seen a thread about converting your old washing machine into a log burner I though I'd give it a go, with the help of my 15 year old son.

We've had a washing machine in our garage for several years and were about to throw it out, so out came the power tools and off we went.

The first stage was OK, removing the top and the feeder trays etc and even the supporting struts for the drum came off relatively easily.

Top Tip - there are sharp edges and the concrete is heavy so wear boots and gloves, you can get them from Brookers in Hitchin).

Getting the drum out was a bit more tricky, the washing machine was folded steel on three sides and the front was welded on but a bit of persuasion with a hammer and chisel soon broke the welds enough to remove the drum.

We next removed the second lump of concrete, electric motor and associated cables and were left with the drum, albeit encased in a plastic housing.

So, out came the blowtorch (fire extinguisher and water hose at the ready), the plastic housing was duly melted and the drum removed.

Amazingly, the wheel that the drive belt was attached to made an ideal stand (see pic), all we did was remove it, reverse it and replace it with the existing bolt.

So, one happy bunny with a nice new Log burner for the garden.

Anyone got any old washing machines they don't want??