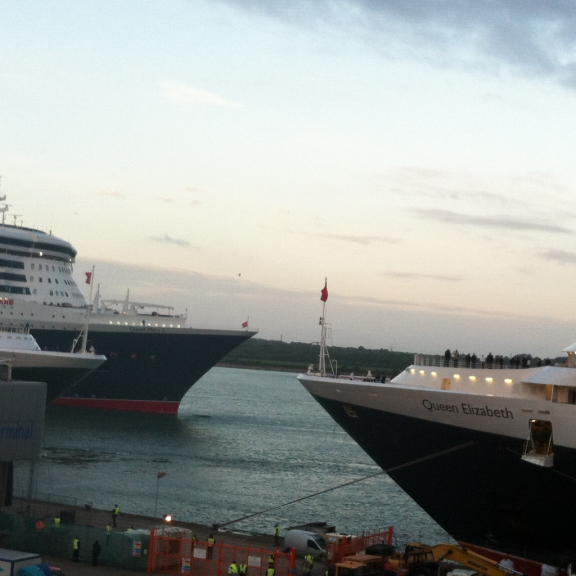 It was a surprise to me as much as to Ross Sharples of RossCo when we both ended up on the same job on Friday.

Cunard's Queen Mary 2 was celebrating her 10th birthday, joined by her sister liners Elizabeth and Victoria in Southampton Docks.

I was on hand for some press work and helping organise the Royal Scots Guards band, while RossCo were part of the team providing the very best sound systems.

And the sounds were spectacular - beginning just after 5am when the three beautiful liners sailed elegantly into the harbour. The finishing touch was a firework display - ten minutes for a tenth birthday - with a choreographed soundtrack.

All organised by local business http://www.ftfworldwide.com/  there were several other locals involved including http://www.sm2communicate.co.uk/ and http://www.professionalaudiocompany.co.uk/.

Ross and I were proud to part of the 40+ team and representing The Best of Hitchin at such an impressive event.