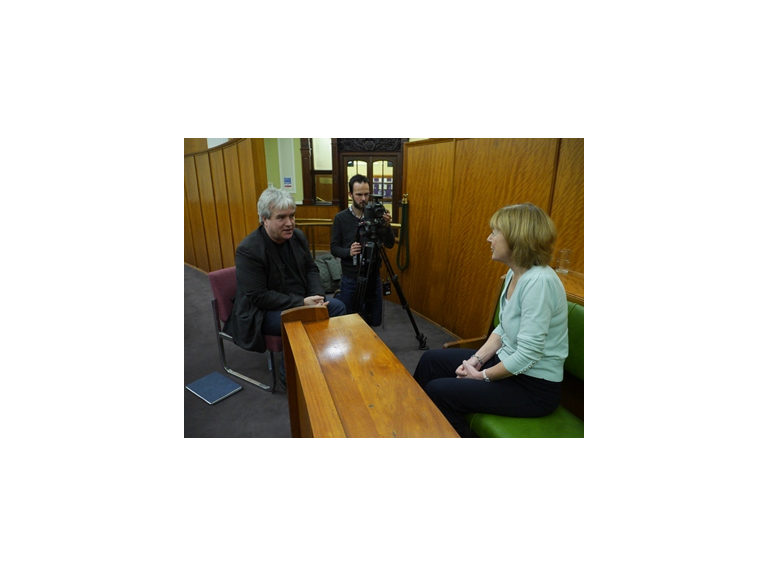 Our concerns about increasing number of Derbyshire residents relying on food banks will be highlighted on BBC 1's flagship investigative news programme Panorama on Monday.

A reporter and producer visited our headquarters at County Hall in Matlock last month to film an interview with our public health principal Julie Hirst after reading about our work to support Derbyshire's food bank network.

According to national figures released by the UK's biggest food bank network, the Trussell Trust, the number of people relying on food banks has tripled to almost 350,000 over the last year.

And a government-commissioned report published last week concluded that food banks are 'consistently' seeing an increase in demand.

Panorama investigates what's behind the increase − the economic squeeze, benefit changes or, as the government has suggested, simply a case of people taking advantage of free food.

There are currently 22 food banks in Derbyshire and figures for Clay Cross Food Bank alone show that over the last year it fed 2,557 residents compared with 944 in 2012 - an increase of 171%.

"We firmly believe that the increase in the number of Derbyshire residents using food banks is certainly not a simple case of them taking advantage of the system.

"The rising cost of living, static incomes, changes to benefits and unemployment mean increasing numbers of people have hit a crisis that forces them to go hungry.

"Not having enough to eat not only has an impact on people's physical health but on their mental health and long-term life opportunities too, which can also lead to increased pressure on many local authority and health support services.

"That's what we're seeing in Derbyshire and why we're using some of our public health funding to take action and tackle the problem now."

We recently approved £126,000 to support Derbyshire food banks. We're also supporting appeals to encourage local people to volunteer and donate food and are arranging for some of our libraries and other council buildings to act as food collection points.

You can watch Panorama − 'Hungry Britain?' on BBC1 on Monday 3 March at 8.30pm or catch up with it later on the BBC iPlayer at www.bbc.co.uk/iplayer (opens in a new window)

For more information about our work to support Derbyshire's food bank networkwww.derbyshire.gov.uk/foodbanks (opens in a new window)