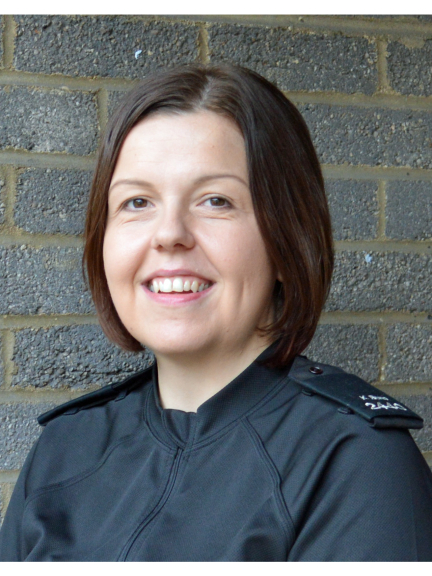 A new police officer will be patrolling the streets of Heage, Nether Heage and Ambergate.

PC Kirsty Bunn has become the most recent member of the local Safer Neighbourhood policing team.

She joins the team with more than 12 years experience as a police officer, moving from her previous role on the response teams working across the Amber Valley.

During her career Kirsty has been part of the neighbourhood policing team which covered Derby City Centre, worked on response teams in Derby and Swadlincote, and was also a tutor for new constables.

Since starting on the team, PC Bunn has been getting out on patrol throughout the area, and getting to know local residents at meetings and surgeries.

Kirsty takes over the role from PC Dave Baggott, who is now working on the response teams in the Amber Valley.

PC Bunn said: “Working on a Safer Neighbourhood policing team is a different style of policing as you have the time to get to know the community and work to resolve issues and concerns in the longer term.

“I have worked on a neighbourhood policing team before, but as it was in the city centre, the issues which came up there were different to the ones I’m working on in Heage, but I hope I’ll be able to use some of the skills I’ve learned during my career so far.”

PC Bunn was one of the officers on patrol at the Belper Christmas light switch on, which took place on Friday, November 29, and is working with the team to target the issue of nuisance off-road motorbikes.

She added: “Over the next few months I would like to visit the local schools and to get to know our younger residents, who I hope I’ll be able to have a positive influence on.

“I also want people to know that they can approach us with any concerns or issues, no matter how menial they may seem, and to be able to work alongside other local agencies to really make a difference.”

Outside of work Kirsty is kept busy looking after her 20 month-old daughter, but does enjoy swimming when she has the chance.

To contact the Heage Safer Neighbourhood Policing Team call 101, the non emergency number for Derbyshire police, or by emailing belper.neighbourhoods@derbyshire.pnn.police.uk.