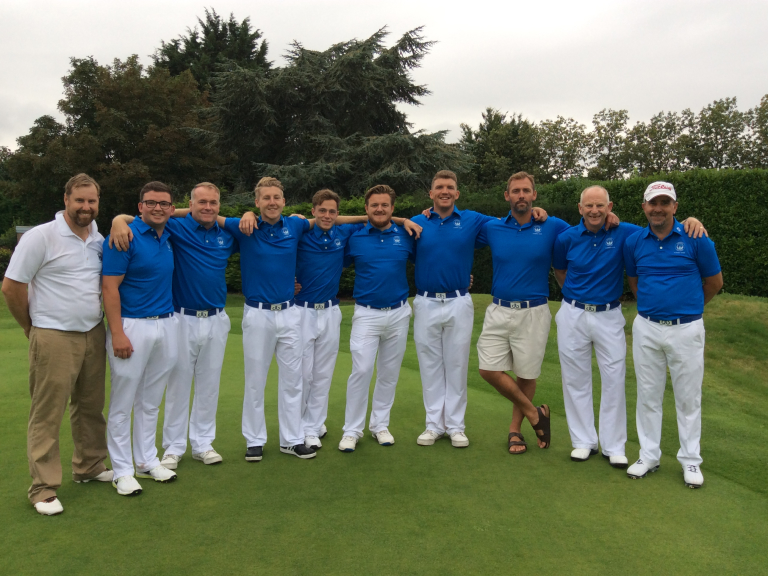 Haverhill Ladies competed in their Stableford competition on Saturday 29th August. The winner,

with a fabulous score of 41pts was Mandy Williamson, a former Parklands Academy Member, who

has recently upgraded to full membership. Due to her recent competition success, Mandy has

reduced her handicap by 3 shots to 17 under Exceptional Score Reduction. The runner up was Lyn

Fish with 35pts and in 3rd place was Lady Captain, Sheila Price with 34pts.

Waveney and finally Gorleston in the semi final. They faced tough opposition in Newton Green, who

were defending champions. Although Haverhill were five down at lunchtime, they fought back

during the afternoon and after 15 holes the teams were neck and neck. Newton Green's Simon

Bearman and Mike Polley were 13 up on the day against different opponents. Haverhill’s Dave

in the afternoon. However the win by Newton Green's pairing of Watts and Oakey on the 16th,

when they were giving a shot, came at a crucial time in the overall match. Despite the valiant efforts

of the Haverhill Team, it was not enough and they lost overall by 6 holes. After the match,Team

to the team throughout the day. He also thanked Haverhill President, David Chapman, Club Captain

Rob Viney and his Vice Captain James Lay for giving their support on behalf of the Committee.

The results of the matches were (Haverhill names first) Morning: Dave Spittle & Jack Bligh lost to