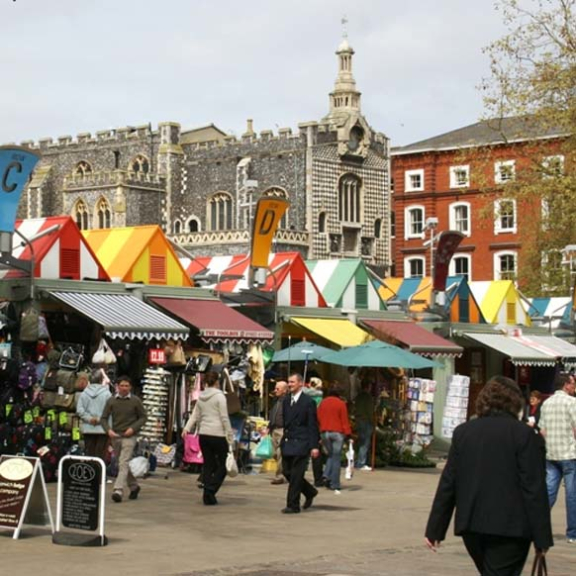 The Summer Bash had its inaugural show last July in Haverhill and it raised just over £4,000 for local good causes.

After living in Haverhill for the past 40 odd years and having a business here too it was obvious to David Doughty that Haverhill had a wealth of talent, plenty of good will and many great businesses.

During various holidays around our country David witnessed some amazing events put on by villages or small communities that far outshone most recent Haverhill shows of which he’d become involved with by helping with the Baby Show.

It occurred to him that Haverhill needed to do something to show outsiders and ourselves that we had a town to be very proud of.

After approaching a few friends who also ran businesses in Haverhill, David Doughty was delighted to find that they also felt the same way and all had a positive attitude about trying to put on a true Haverhill Show.

David and the newly formed group’s Mantra was to be – Haverhill Talent and Businesses providing a Fun Family Day whilst raising funds for local good causes. They wanted to try to help smaller local causes that might not have a marketing team or large advertising budget.

David Doughty and the group asked the Town Council if they would help them get started and they were also keen to see Haverhill put on a worthy Show. They suggested that they amalgamate at least for the first year with The Big Bash which was formed to support local groups and causes.

With only about two months to organise the event, they had a fantastic day, the recreation ground was full of approximately 7,000 happy faces. One gentleman quoted that he hadn’t seen as many people on the rec for forty years!

The tremendous support from the Town Council, businesses (who provided sponsorship or provided help) and the public gave David and the team a buzz to do it again this year.

This Year's Show for Haverhill will take place at The New Croft, Chalkstone Way on Saturday 19th July and on the Recreation Ground on Sunday 20th July 2014.

David and The Summer Bash Team are looking to the public and local businesses to help with/from:

Returning sponsors would also be fantastic, as the team could not have put on the first Summer Bash without you.

This year's prices for stands have been increased to a more competitive level to help boost the amount raised for good causes.

The prices are as follows:

Sport associated events that were present at the Summer Bash last year will be moved to the Saturday at The New Croft together with a whole host of new sporting activities and competitions.

The only event with a sporting link remaining on Sunday this year will be the extremely successful crowd pleasing and fun Tug of War.

Whilst the Summer Bash Team would like to keep some things happening on Sunday a secret for now, they can reveal that animals will feature alongside several attractions

The Team is putting together an A5 programme for the Summer Bash.  The centre spread will have a map for children to use for a treasure hunt.

Advertising rates for The Summer Bash A5 Programme are as follows: