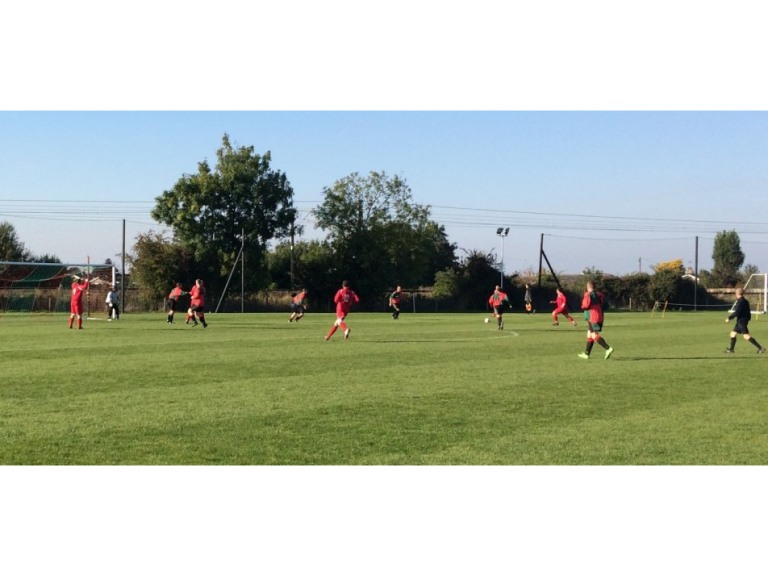 Rovers were up against it from the start in this round of the Suffolk FA Veterans Cup, for a number of reasons:

1.       The heavy schedule of games being played had resulted in more injuries than the Gaffer would want.

3.       And this was the killer, the rest of the team decided to go on an all-day pub crawl in London

...Which meant when the players came onto the pitch it looked more like a scene from the Walking Dead.

However the whistle blew for kick off and Rovers continued with their usual continental style of play.  Bacton were a heavy unit and were trying to use this to their advantage with some bulldozing tackles, but other than a launching ball forward were not really a cause for concern for the back four of Sigler, Fish, Broomfield and Anderson.  Controlling the goal area was Dave Efford due to the regular goalkeeper pulling out last minute with a really, really, really sore hamstring…..

The midfield of Kennedy, Iron, Eley and Griffin were playing some lovely one-touch football with the back four and although tearing Bacton apart on numerous occasions the play in the final quarter was sub-standard and the man-mountain goalkeeper of Bacton’s was stopping anything that came his way.

First half over, hangovers subsiding, Rovers came out fighting, pressure was mounting and looking like Rovers would score, then Steve Griffin pulled up with a suspected hamstring injury.  The only sub that Rovers had was Steve Martin who himself was suffering from a knee injury and alcohol consumption from the night before, however he came on and battled hard.

Some strong battles in midfield from Iron and Eley were starting to raise the temperature of the game, blistering pace from Kennedy and Martin were supplying balls to the centre forwards of 'Chick' and Fisher, but shot after shot was still being stopped by Bacton’s goalkeeper.  Finally the deadlock was broken when a millimetre perfect 30 yard pass by Kennedy landed at the feet of Chick, with the hulk like goalkeeper looming down on him, a quick look up and footballing magic saw the perfect lob from Chick land in the back of the net.

Rovers dug in hard for the last 15 minutes, with centre halves of Fish and Broomfield and left and right backs of Sigler and Anderson working like workers in a Primark warehouse, final whistle, no bookings and a one nil win to Rovers to see them progress to the next round.

Haverhill Rovers Veterans have been drawn against Moulton to be played at The New Croft on 1 November 2015 at 1:30pm.