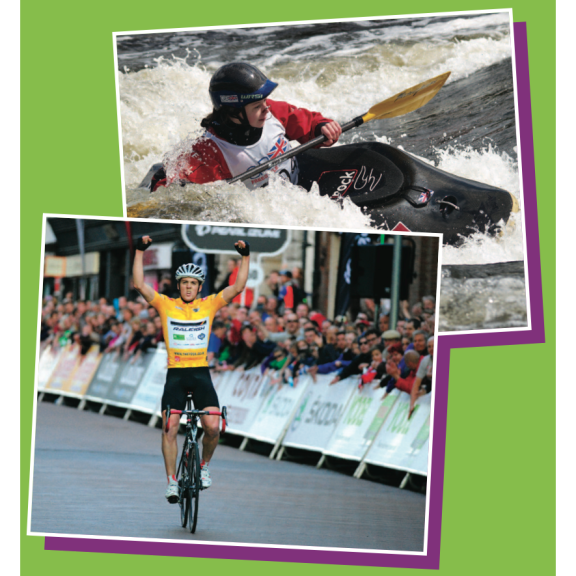 One year on from the opening ceremony of the London 2012 Games the Olympic spirit is alive and well in Suffolk.

In the last year, participation in sport and physical activity in the county has continued to rise, bucking the national trend, membership of sports clubs has grown significantly, Suffolk’s volunteering legacy work has been praised at the highest level and support for the county’s future stars has gathered pace.

Commenting on the county’s legacy from the Games Cllr Alan Murray, Suffolk County Council’s cabinet member for Health and Adult Care said “Organisations across the county continue to work hard to secure a lasting legacy from that amazing summer.”

“Our key focus has been on using the Games to get more people active with the launch of the Most Active County campaign. Ultimately we want Suffolk to become the most active county in England.”

“Whilst this is a long-term journey it is clear that a significant amount has been achieved in a short period of time with strong foundations in place to ensure a lasting sustainable impact for the county“.

Key outcomes, highlighted in a legacy update report produced by Suffolk County Council, include a shift from 25th pre Games to the 18th most active county in England and a growth in sports club membership of 3% compared to a 0.5% fall nationally. The report also highlights an extra £¾million investment coming in to sport in Suffolk since the Games and a range of new and extended opportunities.

The work of the county’s volunteering legacy project was highlighted in the House of Lords by Baroness Scott of Needham Market saying “Suffolk has had the foresight to create a bespoke legacy project which aims to increase volunteering opportunities within sport and culture across the county. It makes absolute sense that, having invested in training the volunteers for the Olympics, those new skills can be put to further use if that is what the volunteers want.”

There are now 60,000 Suffolk adults volunteering to support sport for at least one hour a week, every week.

Offering a note of caution Lord Coe, the Prime Minister’s Olympic and Paralympic Legacy Ambassador is quoted as saying “There can be no room for complacency. Just as the Games took 10 years to win, plan and deliver, so legacy must be seen as a 10-year project to realise lasting change.”

A copy of ‘Suffolk’s Legacy from the London 2012 Olympic and Paralympic Games – One Year On’ can be downloaded here.