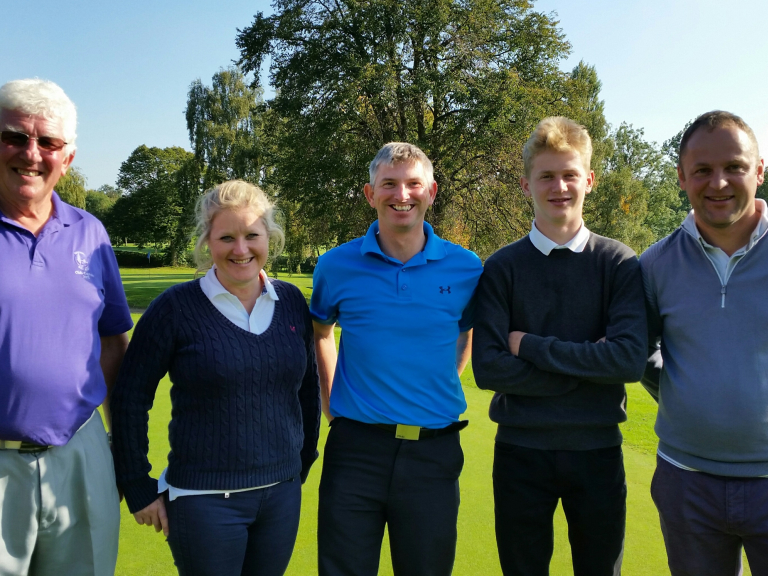 On Sunday 4th October, the first meeting of the 2015/2016 Suffolk Winter Alliance was held. With sunshine all day long and hardly a cloud in the sky, 66 players including 4 Professionals enjoyed playing the ever improving course at Halesworth. The Professional prize was won by Sam Forgan of Stowmarket with a three under par 69. In 2nd place was Jamie Abbott of Fynn Valley with 71 and in 3rd place Dean Fairweather of Bury Driving Range with 71. The Four Ball Better Ball Stableford Competition was won by Sam Forgan and Paul Presland, both of Stowmarket with 45pts. In 2nd place were Colin Leathers of Stowmarket  & Neil MacDonald of Ufford Park with 44pts and in 3rd place were Graham Vandervord of Stoke-by-Nayland & David Yates of Braintree with 43pts. The next meeting will be held at Bury Golf Club on Wednesday 14th October.

The Junior Medal was played on Saturday 10th October and was won by Ewan Groves with 31pts and the runner up was Matthew Russell with 22pts.

Haverhill's Club Captains for 2015, Rob Viney and Sheila Price, hosted their Captains' Special Event on Sunday 11th October. An impressive field of 23 teams took part in the Texas Scramble competition, played off 1/10th combined handicaps, with a shotgun start. Afterwards the prize presentation was given by Head Professional Paul Wilby. The winners were Colin Bradnam, Jenni Bradnam, Ben Bradnam and Kevin Ellam with a score of 55.8. In 2nd place were Club Captain Rob Viney with Chris Shipp, Dave Pipe and Dan Wilkins with a score of 57.7. The winners of the ladies only team were Val Shipp, Joe Stokes, Gill Richardson and Pat Wellstead and the best mixed team were Steve Nichols, Leah Letcher, Doreen Darbey and Paul Borowy. Following the presentation, Rob Viney thanked the members at Haverhill Golf Club for all their support during the year and for helping to raise funds for his chosen charity, the National Autistic Society.