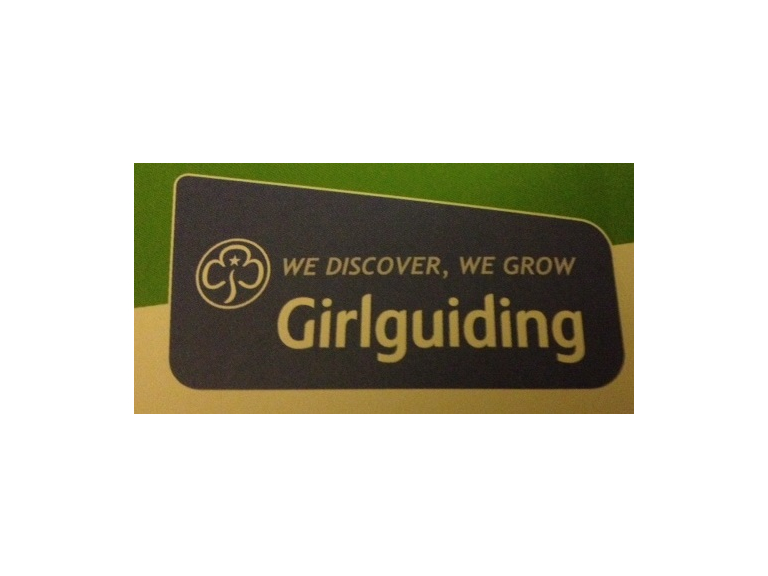 Last year the Brownies celebrated being 100 years old. Haverhill District kicked off its celebrations by offering two girls from each unit the chance to join the national Thinking Day celebrations at Alexandra Palace. We took 24 girls in the end from all selections. It was a fantastic day out with a huge range of activities for all the girls to take part in such as Bollywood dancing, storey telling, crafts, musical instruments, wall climbing, zorbing and many more.

Kedington units also took part in the District Thinking Day Celebrations in February, where all the activities were themed around the five World Association of Girl Guiding areas of the world. There was a huge turnout for the event in which the girls raised nearly £70. The money goes to the Girl Guiding Thinking Day fund which supports girls around the world into education.

Nicola and Jo took their Rainbows off on an exciting day out in March to Anglia Arts Adventure day in Barton. The girls had great fun and got to meet other Rainbows from across the region. Tracy took some of her Guides off to camp with the Scouts again last year. The girls all had a great time, but unfortunately the weather wasn't very nice to them. Some of the girls were first time campers; I hope it didn't show too much! They all came home happy and dirty and wanting to camp again.

I applied for 20 tickets to Trooping the Colour and was successful. Given that only 250 tickets are given to Girl Guiding nationally I think I did remarkably well for a first time application.

Unfortunately this clashed with Meadowlark and only a few girls from Kedington were able to come. Along with Tracy and me from Kedington, we took 3 Brownies and 3 Guides. Rather than give the other tickets back, leaders and Guides from Haverhill also joined for the day.

It was a really early start for us all as we had to be at the train station for the 6:30am train. But what can I say, the youth group enclosure was right in front of the entrance to the parade ring so our view was fantastic. It has to be one of my most favourite events of last year. The marching bands and the service men, women and horses were absolutely stunning. They all walked in sync with one another, with their highly polished boots gleaming in the sunshine. To see the Queen and Royal family arrive, the girls were in awe of it all.

At the end we walked up to the Mall to Buckingham Palace, several parents texting to say they had seen us on the telly. The Royal Family on the balcony and lastly the Royal Air Force flu over. We all had a spectacular day out. Whilst I wasn't at Meadowlark, the rest of my Brownies took part in the parade as London Taxis and they came second. So well done them, and a big thankyou to Nicola, Jo, Sharleen and all the other parents who helped out on that day.

If you would like to help out by being a volunteer, please look at the Girl Guiding website or contct me.