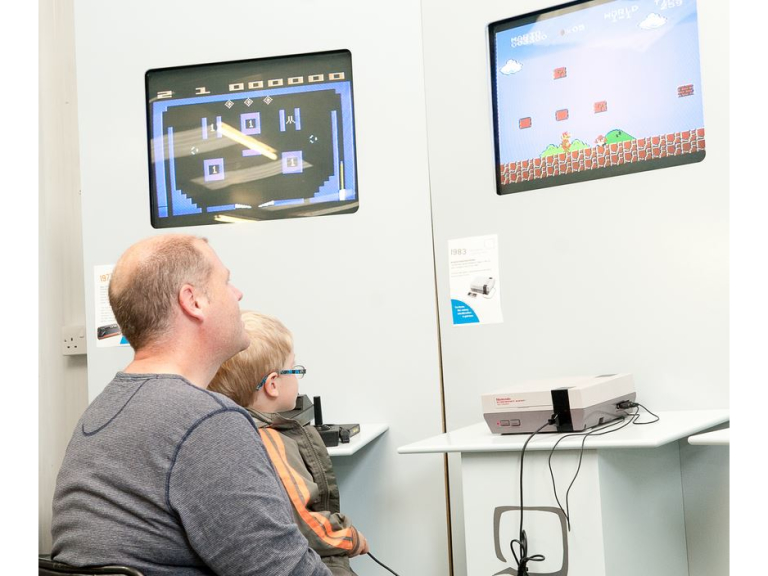 Whilst Xbox One’s and Playstation 4’s strive ahead with high definition graphics, immersive online gameplay, and seductive surround sound scores, there are some people that see through the gloss and yearn for the simple 8-bit tunes and addictive 16-colour graphics of their childhoods.

With Mario turning 30 years old (yes really!) and the Sony Playstation turning 20 the Centre for Computing History is holding a special Retro Gaming Night on September 25th that celebrates all that is wonderful about those simple video games of yesteryear.

Adrian Page-Mitchell, volunteer at the museum said “Our retro gaming nights have been attracting more and more people with each event. They’re a really great mix of people - both young and old(er) - who have a shared experience of gaming and enjoy the opportunity to talk about, and re-play, the games that once rocked their world!”

It’s not just for guys - a recent poll showed that 52% of gamers are women. With the rise of gaming on social media platforms and mobile devices video games are now played in stolen moments on the train, waiting for a meeting, or making the most of a lunch break.

The games created specifically for these platforms need to be non-gender specific and just as playable in 5 or 30 minutes, or even more. Game developers turn back to the classic games of the 80s for inspiration and you can see elements of those games in the some of the most popular online games today.

Simplicity is king. Games like Flappy Bird are ingeniously simple yet insanely addictive and rooted in the easy to understand (but hard to master) gameplay of games you may have played on your Sinclair ZX Spectrum back in ‘82. In fact Flappy Bird is such a simple game that a version has recently been written for the Sinclair ZX81 and is on display at the museum!

Flappy Bird is even used to show a new generation of potential game designers how to create a game in a modern programming system called Scratch. Children at school use Scratch to learn the fundamentals of programming and can create a simple game in a single lesson.

So have the retro games had their day now multi-million pound block busters like Call of Duty rule current gen consoles? It would seem not. There is just as much love for Pacman and Mario as there ever was, in fact with a new generation discovering the classics there is now even more!

If you’re missing your old Sega Megadrive, Nintendo SNES, or Sony Playstation the forthcoming retro gaming night at the Centre for Computing History could just be the answer. With possibly the most complete collection of game consoles and over 8000 games in the archive, you’ll have the chance to play not only on the consoles you remember but also the ones you lusted after!

The event on the 25th September opens at 7pm and is open to anyone above the age of 18.