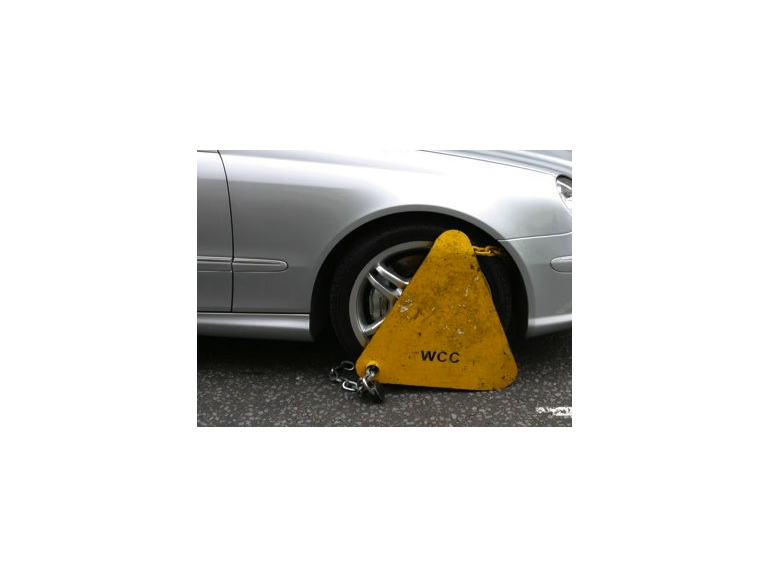 Have you ever experienced that sickening feeling on returning to your car (which you thought you had parked quite legally_, and discovered that there is a great lump of yellow metal with its claws firmly gripping your wheel? And a note advising the beast will only be released upon payment of an extortionate amount of money?

Perhaps at this point in your horror and confusion you searched for any tell tale signs; any warnings that could have prevented this catastrophe? And it is then you spot the unobtrusive, grimy sign almost completely obscured by overgrown shrubbery.

Thankfully this is a scenario that will be no more. If you park, either knowingly or inadvertently, on private land without the authority of the landowner - or if you overstay in a private car park, it is now unlawful for private companies to clamp your vehicle and if you do get clamped you can now call the police. If a private parking operator wants to penalise you for overstaying, they have to hand you a ticket, or issue an invoice through the post. Even then you may not have to pay it as you are only in breach of contract.

Private companies will not be allowed to fine you as it is now illegal for them to 'fine' or 'penalty charge' you.

According to the Department of Transport, the charges from a private parking company can only be enforced in court, where the operator would have to prove you were in breach of the contract in front of the judge. The company would also have to justify the damages it’s pursuing you for as ‘reasonable’ or ‘proportionate’. Meaning a private operator who charges an excessive amount for a few minutes overstay will have to prove that your actions have left them out of pocket by that amount.

Even if the clamper has no intention of charging a release fee for the clamp, it will still be against the law. The ban also applies to towing away and blocking in, and anyone who clamps a vehicle or tows it away on private land without specific lawful authority to do so may face criminal proceedings.

Lawful authority to clamp or tow vehicles will remain for various organisations and public bodies - e.g. DVLA will retain legal authority to clamp or tow away vehicles that evade vehicle excise duty. The ban will apply to parking offences on private land only. Clamping and other means of traffic enforcement carried out on highways and public land by local authorities or the police will remain in place.

People will still be able to clamp their own vehicles, however, if they are using it as a means of preventing theft, and bailiffs will still have the right to clamp cars and vehicles in lieu of outstanding debts.

This is a welcome change in an area where many people have suffered at the hands of cowboy clamping firms. However, it should not be taken as carte blanche to park your vehicle irresponsibly or without consideration. We invariably have to pay for the privilege of leaving our vehicles in a safe location, and as long as this is legal and justified then there is no excuse for flouting regulations. Many of us rely on private parking facilities and hopefully these regulations will bring balance and fairness to all.