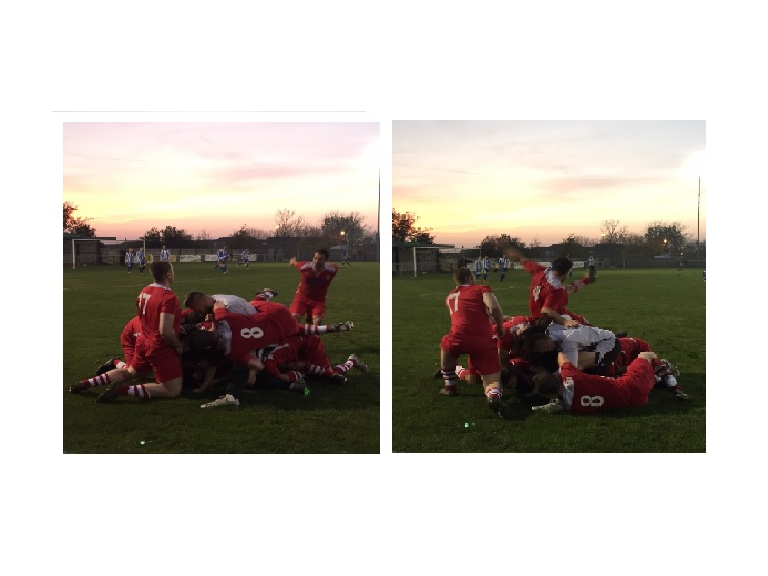 After a very entertaining game at Saffron Walden in September when Rovers won by a narrow margin a good crowd met the players for the return leg on Saturday at The New Croft for this local derby.

Rovers started the game strong and played at a good tempo with new striker Scott Kemp looking lively up top as his running in the opening stages caused the visitor’s defence problems.  The first chance of the game came after a good through ball from Scott Kemp put Weaver through whose shot was pushed onto the post by Walden keeper Croll before the ball was then cleared off the line.

At the other end the tricky Craig Calver then did well when he cut in and shot down to Alex Archer’s right as the Rovers keeper did well to push the ball around the post.  Rovers enjoyed the better possession throughout the first half with Tyler Kemp, Baker and Shinn getting on top in the midfield battle as the home team created the better chances with Farrant heading just over and both Scott and Tyler Kemp both having shots just wide of the target.

The second half saw big chunks of the game being dominated by solid defences with the Rovers’ back four of Moody, Kicks, Farrant and Wilderspin all playing superbly whilst the Walden centre backs of Lawrence and Reid were also having good games as both keepers were well protected. Rovers then nearly took the lead when Scott Kemp delivered a great cross from the right to find Riki Baker who headed just over from close range.

The home team continued to enjoy the better possession as sub Longley shot just wide before the winger made a good run into the box and was bought down under a heavy challenge giving the ref no choice but to point at the spot. Perry Moody stepped up and hit the ball cleanly to Croll's left who made a superb save to keep the scores level.

Walden then enjoyed a good spell as they seemed inspired by the penalty save as they forced a number of corners before Thomas bought a superb save out of Archer as the Rovers keeper stood up well and dived to his right to save from the Walden striker who was clean through on goal.

Walden were then reduced to ten men when a heavy foul from Walden sub Bell on Tyler Kemp saw the ref show the red card.  This swung the momentum back in favour of the Rovers who put the visitor’s goal under pressure in the closing stages as Croll again did well to save from Alleyne as the game looked to be heading for a draw.

The Rovers pressure then saw them win an injury time corner and gave them a chance to bring on Marcus Hunt as an aerial threat and with seconds left a Shinn corner was met by Hunt who headed the ball into the six yard box where Scott Tyler then headed the ball over Croll and into the net to win the game and send the home support and players into celebration of a victory they deserved.