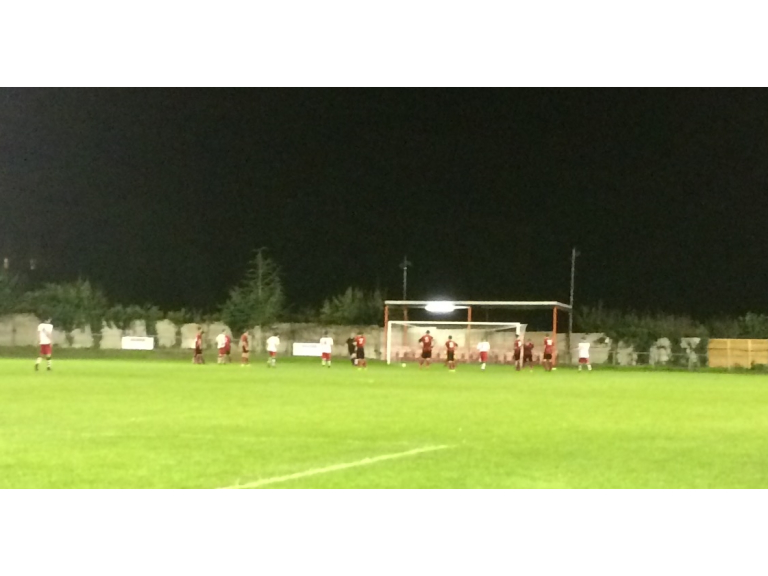 This local derby bought together Saffron Walden Town, who were searching for their first league win of the season, and visitors Haverhill who were looking to bounce back from their FA Vase defeat and build upon their recent improved league form.

The game started at a good pace as both teams looked to play attacking football and it was Haverhill who created the first chance of the game as Tyrone Alleyne got the better of the home defence and shot across the goal. At the other end Walden thought they had taken the lead after a long Ben Lawrence throw was headed in but the officials were quick to spot it was a foul throw as Lawrence failed to keep both feet on the ground.

The home team then enjoyed a good spell with Calver being their main threat as he tested Archer in the Rovers goal and then shot wide of the target after a good run in from the left.

As the half went on Rovers began to get a foothold through the midfield with Shinn and Baker getting on the ball regularly as they fed the ball to the front three of Longley, Alleyne and Weaver whose pace was causing the home defence problems as they all created chances to threaten the Walden goal.

Rovers continued to look the better team in the second half as they dominated possession; Longley cut in from the right and unleashed a left shot that was inches wide before Weaver then bought a good save out of home keeper Croll. Calver again was involved as a threat for Walden when his left wing cross was headed just over.

Haverhill continuing to look sharp created a number of chances but shots were either off target or saved comfortably by the keeper whilst at the other Walden were looking to counter attack but with a solid-looking Rovers defence they were rarely able to threaten Archers’ goal.

As the game looked to be heading for a draw a powerful Shinn shot bought a good save out of Croll as Rovers were continuing to look to break the deadlock and with four minutes remaining they finally found that breakthrough when a long throw into the box saw the ball strike Lawrence's arm resulting in the referee pointing to the spot. With the pressure on, the responsibility of the spot kick fell to Perry Moody who stepped forward and coolly fired the ball into the right corner to give Haverhill the victory they deserved.