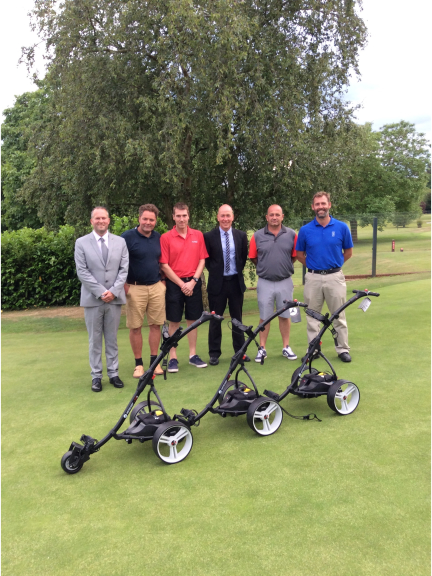 Haverhill hosted its PGA East Region Pro Am on Friday 26th June. Once again the golf course was presented in superb condition by Head Green Keeper Glenn Norris and his team, with the greens running faster than expected. The event attracted an impressive field of 41 PGA Professionals and their teams of three amateurs to take part.

Paul Wilby went onto thank the Officials from the East Region PGA and all the volunteers from Haverhill Golf Club who assisted with organisation on the day.  Rob Viney, Haverhill’s Club Captain for 2015, acknowledged all the hard work put in by the green keepers, bar and catering staff and hoped all those taking part had enjoyed their day.

The Professional Prize was won by Mark Booth of Colmworth & North Beds Golf Club, who carded an excellent 5 under par 65. Joint runners up were Jason Levermore of Channels Golf Club and Chase Davis of Stapleford Abbotts Golf Club, both with 68.