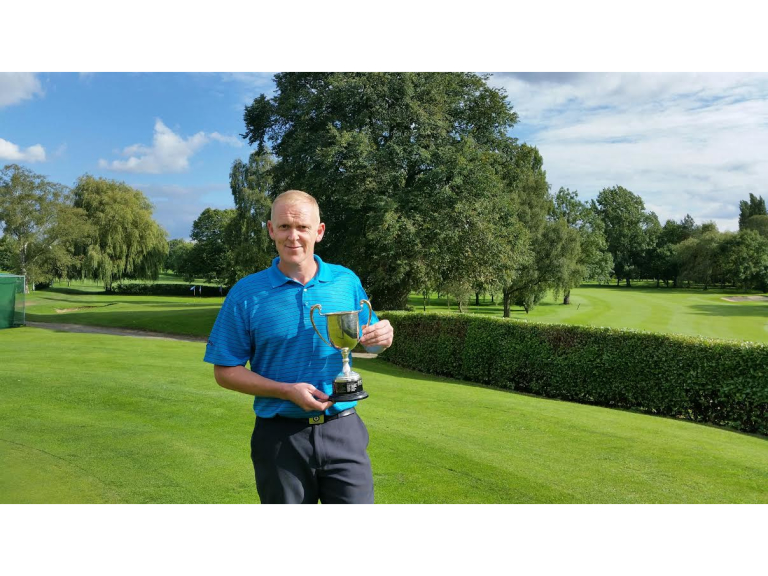 The Suffolk Veteran Ladies Golf Association Autumn Foursomes Competition took place at Haverhill Golf Club on Monday 14th September 2015. Sylvia Pearce, the SVLGA Captain reported "the principal Causton Cups Competition was foursomes stableford played over 27 holes with an 18 hole foursomes event for those who could not play the longer competition. Fifty members played the beautifully maintained course and only experienced an occasional  light rain shower, despite bad weather warnings for the day". The results for the 27 hole event were: 1st place Ann Graves and Nina Nielsen, Woodbridge Golf Club with 52pts, 2nd place Sue Whymark and Sue Fulcher, Woodbridge Golf Club with 50pts, 3rd place Colly Muttitt and Heather Wright, Bungay Golf Club with 47pts (on count back), 4th place Liz Ward and Margaret Hills, Newton Green Golf Club with 47pts (on count back). In the 18 hole event the winners were Jackie Mosley and Betty Holman, Bury St Edmunds Golf Club with 30pts (on count back) and the runners up were Diane Clarke and Pat Cook, Ufford Park Golf Club with 30pts.

Peter Garner was the winner of the 2015 Spencer Woods Cup. He qualified through to the final having won matches against James Hastie, Steve French, Nick Bailey on the way and Nigel Farenden in the semi final. For the final, Peter, who plays off a handicap of 10 had to give his opponent, Alastair Cocks, 3 shots. Peter reported the match was very close over the front nine, however he managed to seize the advantage at the turn winning the next few holes, a lead which he maintained until he won the match on the 15th, to claim the victory by 4&3.

The Maggie Vale Memorial Golf Day was held on Tuesday 15th September. Once again, there was tremendous support for this event, which raised funds in excess of £3,000 for The Teenage Cancer Trust Unit at Addenbrookes and the East Anglian Children's Hospice, in memory of Haverhill Member, John Vale’s daughter Maggie. In all 17 teams took part in the stableford event, played off 3/4 handicap, with the best two scores from four to count on each hole. The prize giving was made by Haverhill’s Head Professional, Paul Wilby and the results were as follows: nearest the pin on the 2nd was Neil Farenden, on the 8th was Peter Amies, on the 12 th was Alastair Cocks, and on 16th was Kevin Carling.The winners of the qualifying handicap competition were Nigel, Neil and Ollie Farenden and Peter Amies with 95pts who started birdie/birdie at holes 8 and 9 to collect 7 points for his team, to get their team off to a great start. The runners up with 86pts were Mick Dalena, Chris Mellings, Pat McGarr & Alastair Cocks. In 3rd place with 84pts were Ross Curl, Colin Ward, Lee Kidd & Chris Knight. The non-qualifying handicap section was won by John Vale, Lewis Whiting, Gary Wray and Geoff Patientwith 93pts.  Afterwards John Vale, who was one of the event sponsors, thanked the other sponsors: Conor O'Brien, Grant and Greg Kingston, Chas Salmon and his family, Nigel and Neil Farenden and everyone for their kind generosity and for making the day a great success.

On Thursday 17th September the Suffolk vs Cambs & Hunts Past Lady Captains competition was contested at Haverhill Golf Club. The format was pairs better ball, with 12 ladies representing each County. Haverhill's Lady Captain, Sheila Price reported the Suffolk Ladies were the winners.