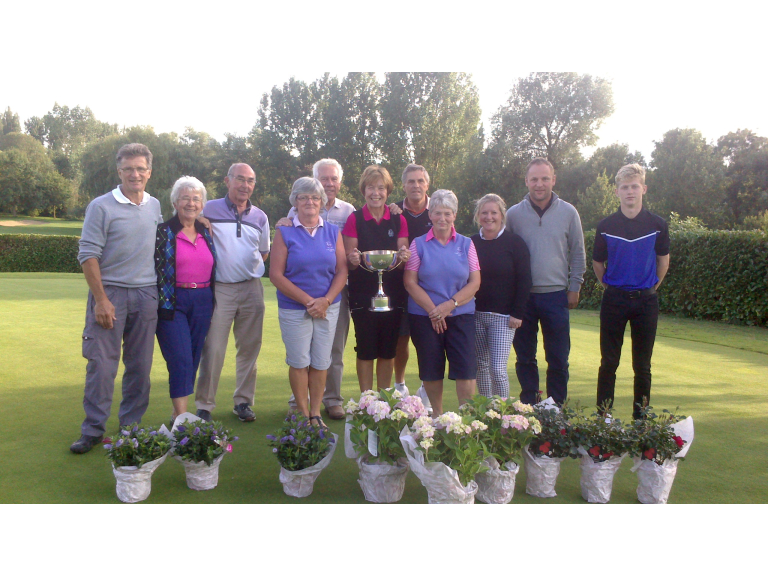 Haverhill played in a friendly match away at The Suffolk on Saturday 12th September. Team Captain Andy Fish reported that Haverhill lost overall by 8 down, playing Hambro scoring, however both teams are looking forward to the return match at Haverhill on Saturday 26th September, when Haverhill hope to make good use of the home advantage.

On Sunday 13th September,  Haverhill Members played in the Peggy McGhee Memorial Trophy. In all 33 members took part, the format stableford, teams of three (one lady and two men), played off full handicap, with all scores to count. Event Organiser Doreen Darbey reported the scores were very close and everyone enjoyed the day with the added bonus of reasonable weather despite the forecast!! Peggy's daughter Fiona, who now lives in Australia, continues to sponsor the event in honour of her mother Peggy, who was Lady Captain in 1997. Fiona's family will be visiting the UK in December, when she hopes to meet up with the Haverhill Members. The winners of the competition were Denise Walker, Jim Walker and Len Adams with 105 pts. In 2nd place were the Bradnam family, Jenni, Colin and Ben with 104pts and in 3rd place Gill Richardson, Alistair Cocks and Geoff Bush with 103pts.