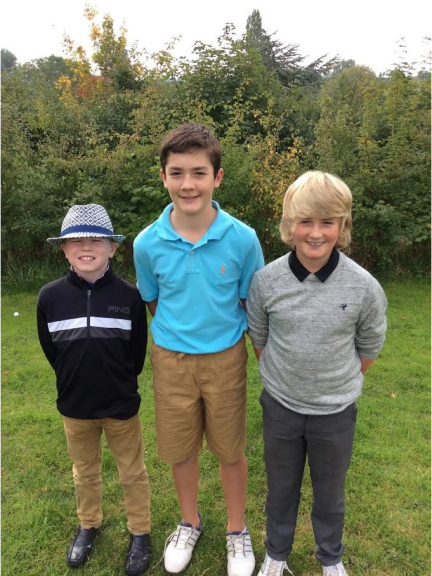 The second meeting of the Suffolk Winter Alliance was held at Bury Golf Club on Wednesday 14th October. A field of 78 players took part, including 4 Professionals. Sam Forgan won the Professional Prize with a commendable 5 under par 67, that included 8 birdies. In 2nd place wasRob Pritchard (Cretingham)  with 70, and in joint 3rdplace were Tim Cooper (Newton Green)  and Dean Fairweather (Bury Driving Range) with 75. The Team prize, with any two scores from four to count, was won by the team of Rob Pritchard (Cretingham) and John Kennedy, Paul Bartlett and Neil Farenden (all from Haverhill) with 81pts. In 2nd place wereSam Forgan, Paul Presland, Keith Rooney and Adrian Gipson (Stowmarket)with 79pts and in 3rd place were John Smith, Graham Vandervord, Paul Smith and David Yates (Stoke-by-Nayland and Braintree) with 77pts.

The first leg of the Ladies Turkey Trot was played on Wednesday 14th October. Some excellent scores were returned, and the winner of the Wednesday competition was Gerry Wheatley with 37pts. In 2nd place on count back was Linda Alexander with 34pts, and in 3rd place was Mary Sail with 34pts. The Saturday competition, played on 17th October, was won by Mandy Williamson with 34pts, in 2nd place was Lyn Fish with 32pts on count back and in 3rd place was Pat Kennedy with 32pts. Gerry Wheatley is currently the overall leader going into the 2nd leg, to be played on 18th and 21st November.

Haverhill men hosted a friendly match at home against Stowmarket on Saturday 17th October. There were five 4 ball matches in total playing Hambro format. The hosts enjoyed an emphatic win by 29 holes, which was a great turn around following Haverhill's defeat in both the home and away matches last year. The Haverhill team comprised Andy Fish & John Kennedy, Paul Bartlett & Kim Ward, Richard Parker & Chris Shipp, Luke Williams and Gary Cowley andTerry Lyons & Roger Hartley. Club Captain Rob Viney thanked the visitors for the match and looked forward to the away match next year.  Stowmarket  Captain, Adrian Gipson, went onto thank Haverhill for its wonderful hospitality and he also commended the Haverhill Green Keepers for presenting the golf course in such an excellent condition for the time year.

Haverhill Golf Club now has five of its Juniors involved in Suffolk County coaching, with the most recent recruit being Alfie West, pictured with Josh Hulyer and James Iron. Alfie is in the under 12's; Josh and James are both in the under 14's. Two other juniors, Lewis Whiting and Fiona Stokes are also part of the Suffolk County squad and have regularly represented Suffolk during the 2015 season.