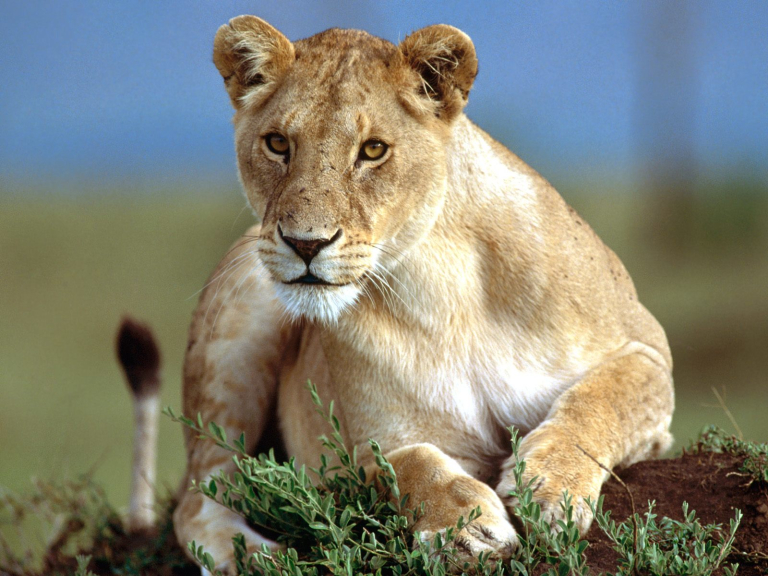 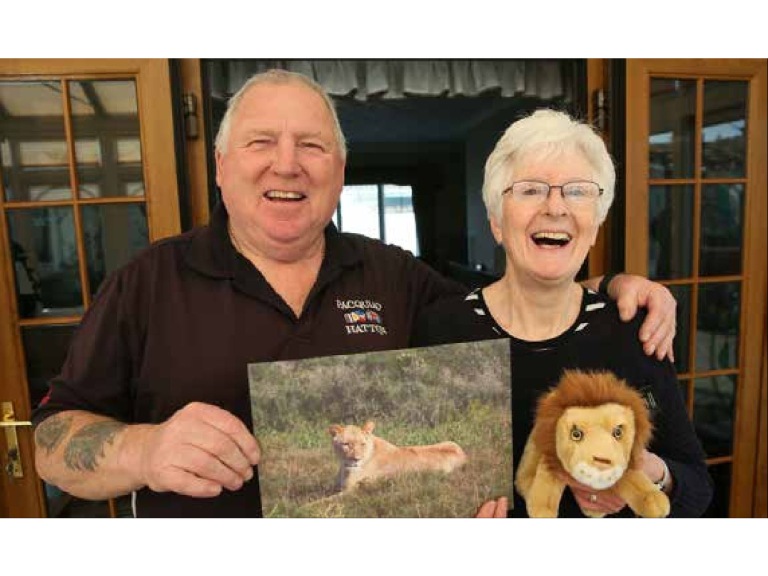 Jan and Nick Olliver, who own and run local pet shop Trim Dog Pet Centre, recently visited the Born Free Cat Sanctuary in South Africa, and saw a lioness which was quarantined in Guernsey at the GSPCA in 2008.

Back in 2008 two lion cubs were dumped on the doorstep of a Romanian veterinarian who worked with the Born Free Foundation. The two cubs had been sent to the GSPCA Animal Shelter to be quarantined, vaccinated and cared for while their transport to the Born Free sanctuary was arranged.

Local vets John Knight and Jayne Le Cras, consultant and then-director of the GSPCA respectively, coordinated transportation of the cubs with the Born Free Foundation. While in Guernsey the cubs were named Sarnia and Marina and were made a fuss of by the local media.

Animal lovers Nick and Jan keenly remembered that story. The Trim Dog owners had always yearned to go on safari; knowing that Sarnia and Marina had been taken to Born Free was the impetus for them to visit that sanctuary when they were finally able to realise that dream.

The drive from Cape Town to the Shamwari game reserve, where the big cat sanctuary is located, took them over nine hours. Sadly upon arrival Nick and Jan were shocked to learn that the cub Sarnia had died in 2010 due to complications after an operation to remove an obstruction from her stomach.

Fortunately Marina had since formed a close bond with another lion, Brutus, who had arrived at the sanctuary on the same day as she had, after being rescued from a run-down circus in France. She is currently being looked after by Martin Miritiawo. Nick and Jan were delighted to see that Marina was happy and living free when they were taken on a feeding trip at the sanctuary. "It was amazing," said Mrs Olliver, "it made the trip."

The couple also saw a baby elephant and a baby black rhino, which sadly are increasingly rare sights in this day and age, with the black rhino in particular listed as critically endangered by the International Union for Conservation of Nature (IUCN).

"It was incredible to see two babies born," said Mr Olliver, who went on to describe the trip as "very emotional" and something they had "always wanted to do."

The couple have since become platinum members of Born Free, adopting two lions, Simba and Bella, and they correspond with David Fraser, one of the rangers at the sanctuary.

To learn more about how Nick and Jan's business can help you to care for your cats, dogs and other local pets please check out the feature page for Trim Dog Pet Centre here at thebestof Guernsey.

Photo shows Nick and Jan Olliver with souvenirs from their trip.

How carbon intensive are electric vehicles?
Sign up for offers
Sign up for what's on guide
Become an author
Popular Categories
By clicking 'ACCEPT', you agree to the storing of cookies on your device to enhance site navigation, analyse site usage, and assist in our marketing efforts.
For more information on how we use cookies, please see our Cookie Policy.