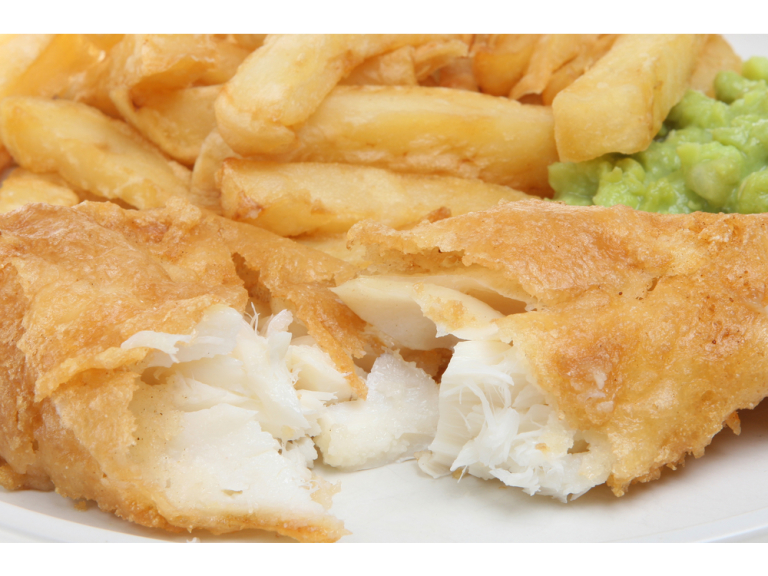 What could be more delicious than a portion of deep fried fish accompanied by some chunky golden chips? It’s still one of the nation’s favourite meals, with 11,500 outlets and an oil-bubbling 225 million portions sold every year. So beloved is this quintessentially British dish that it is one of only a handful of foodstuffs that went without rationing during WW2. Arguments still rage both sides of the Watford Gap, as to where the first ever chippy opened, but a Blue Plaque on a chip shop in Oldham has essentially claimed bragging rights for the North.

Big Fry Fish and Chips in Farnborough serve only the best. Cod, organically raised in the depths of the North Sea, are expertly filleted, and then coated in just the right amount of batter mix for maximum flavour. Together, with freshly cut deep fried potatoes and a dollop of deep green mushy peas, you have an all round nutritious, delicious meal. Happily, Big Fry fish and chips are open for lunch, tea and late night suppers every day of the week, including Bank Holidays.

And as well as Farnborough, Big Fry Fish and Chips also have shops in Cobham and Egham, so there’s no excuse for not giving your taste buds a treat.