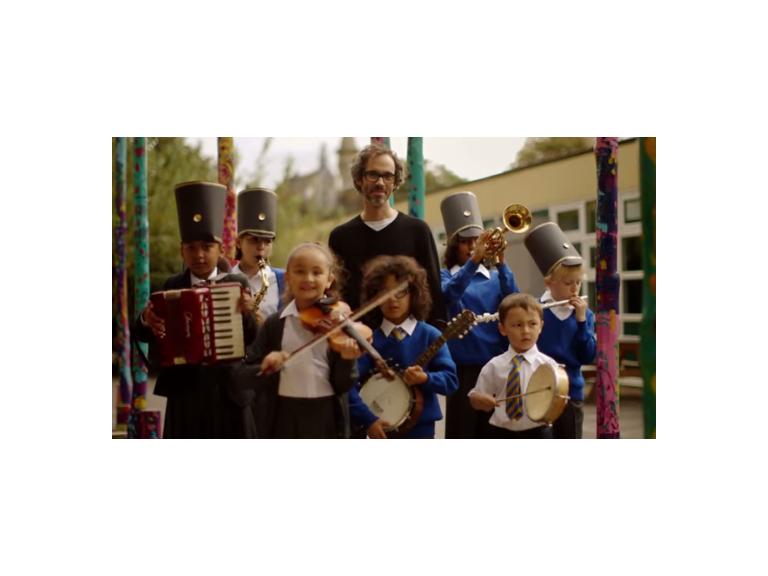 Were you lucky enough to learn music as a child? What instrument did you learn at school? Probably not a rubbish bin, a margarine tub, or a chocolate tin. Yet that's what some of our children are playing, as their schools don’t have real instruments.

When James Rhodes was filming his new documentary,  Don’t Stop The Music, he started to look into the state of music provision in primary schools across England and was shocked at what he found. In one school the annual music budget was just £2.20 per pupil. Some teachers even told him they have no money at all to spend on music.

Thousands of children are missing out on a music education.

That’s why he's calling on the Education Secretary, Nicky Morgan, to give every child the chance to learn an instrument. But to make a really big noise he needs your help. Please sign the petition here.

Three years ago, the Government made a promise in the National Plan for Music Education that all children in England would have the chance to learn a musical instrument. But that isn’t happening.

And it’s not just in the National Plan where the Government recognises that something needs to be done. It’s also part of the new National Curriculum that all children in England should be taught to play musical instruments with increasing accuracy, fluency, control and expression by the time they leave primary school.

Music education is becoming a privilege, rather than a right for all children.

I know how important music education is. I learned the recorder aged7 and was lucky enough to play the clarinet when I went to secondary school. I played in orchestras and have always been inspired by the sound of live music, played and created right before my eyes. I don't play much now but I know exactly where my clarinet it and would never be with out it.

Children of today are not only missing out on one of life’s great pleasures, but on an activity proven to boost self-confidence, discipline, teamwork, concentration and performance in other subjects.

James is asking for something very simple. He just want the Government to deliver on its promise to give every child a good music education and the chance to learn an instrument.