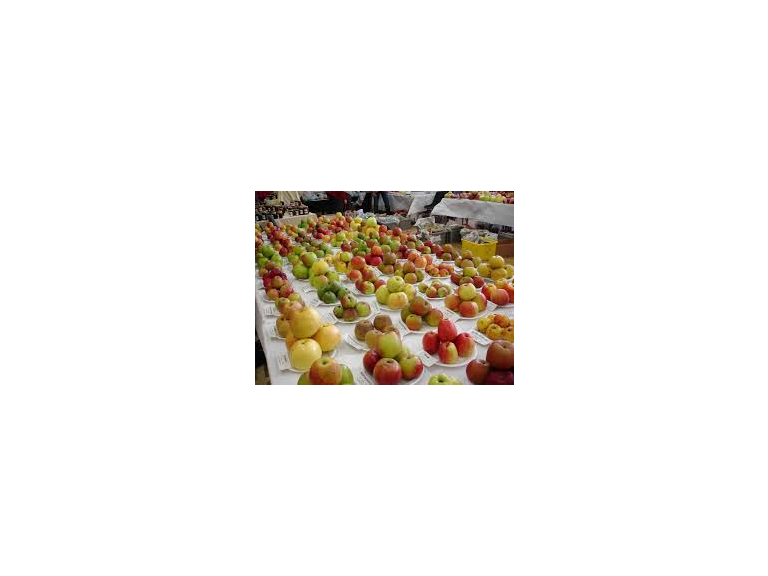 In 1991 the day was launched nationwide with over 50 events ranging from apple road shows, grafting classes and village hall markets.  By 2000, the day was celebrated with over 600 events around the country, and abroad!  Events have been organised by restaurants, museums, Women's Institutes, cider makers, community orchards and garden societies and many other organisations.

Orchards filled with Granny Smiths and Golden Delicious to Red Golds and Malling Kents are as characteristic of Britain as Vineyards are of France.  The UK produces juicy seasonal apples that rival the imported version seen in supermarkets.  Yet we still import the majority of the apples we see on our supermarket shelves.  Think of the cost cutting that could be done if we used local orchards and the amount of business we could put back into our apple economy!

Apples are a core (pardon the pun) part of our culture; they are often the first fruit you choose to snack on, they feature in many sayings (apple of my eye ...) and feature in a number of stories (William Tell).  They even helped Newton figure out gravity!

Some trivia for you!   Do you know why apples float?   They are 25% air.  Did you know that in Ancient Greece tossing an apple to a girl was a proposal of marriage and catching it was a response of 'yes'?

How about doing something interesting with our versatile apples?   Cook an apple crumble, make cider, organise a longest apple peel competition, or go on a walk to one of your local orchards, identifying all the different types of apples as you go.

The first printed mention of 'An apple a day, keeps the doctor away' can be found in the February 1866 issue of the publication "Notes and Queries."  The publication printed the proverb like this: "Eat an apple on going to bed, and you'll keep the doctor from earning his bread."  Nearly 150 years later, variations of this adage are still quoted.  It's unlikely that the saying would have maintained such popularity if there wasn't some truth to it, right?

Quercetin that is a nutrient that shows promise in reducing risks of various cancers.

Phytonutrients that reduce the risk of heart disease, diabetes and asthma.

So, apples definitely have health benefits!  Including the fact that they act as a toothbrush, cleaning teeth and reducing bacteria in the mouth, reducing tooth decay!  Many studies show that health benefits from you eating an apple between 3 and 5 times a week, but ailments cannot be cured by diet alone.

If you happen to be in South Molton on Sunday November 2nd between 10.30am and 3.00pm, then why not take in the South Molton Apple Fair?  It's a free event celebrating apples, orchards and wildlife.  The event includes:  apple displays, apple milling and pressing, bees, craft stalls, food stalls, information and advice and even competitions!