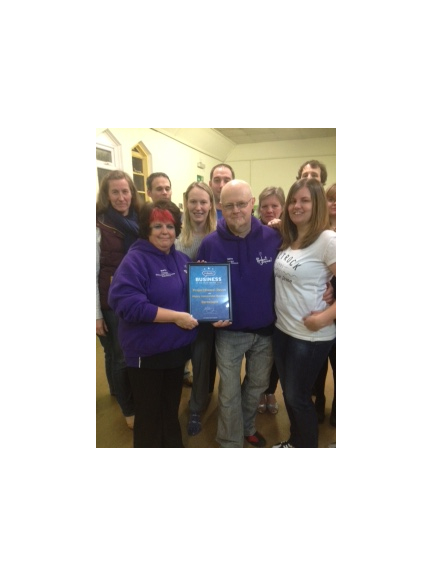 I sat down with Karen and Steve to catch up on their Fringe Fest performance, The Moon, The Stars and The Little Wooden Shack as they had the 1pm Show on Saturday at The Queens Theatre.

The show was marvellously received and the cast received rapturous applause from the audience who were enthusiastic and supportive. The simple storyline and audience participation meant the show was entertaining and fun to perform and watch.

Speaking to Steve its clear they put their heart and soul into the performance. “we started on 2016’s storyline the week after last years Fringe Fest and didn’t stop til we’d completed the performance 365 days later!” In the two weeks before the show, the dance school appeared at some amazing events.

First they performed at The Abbey Gateway Birthday party using the opportunity as a dress rehearsal for their Fringe Fest show. Then they took part in a fundraiser at the Queens Theatre for the Fringe Fest. Two days later and they were at John Fowler supporting a disco weekend party, encouraging guests to get on their feet and strutt their stuff. Then it was an afternoon of entertainment at a care home where residents joined in with a tea dance or watched on the side lines.

If that weren’t enough the school are involved in fund-raising event at Lampard School, where in fact Steve and Karen feature! Yes the couple have performed their dance routine that was shown on Cbeebies Twirley Woos show earlier in the year.

If you know of a group of people, older, younger, less able or raring to give dance a go, why not put then in touch with Steve and Karen, who would be more than happy to share their dance ideas. Call on 01271 308107